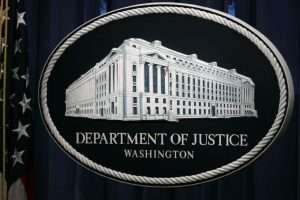 (CMC) — The United States Department of Justice (DOJ) says that cooperative efforts between US and Turks and Caicos Islands law enforcement authorities culminated in Wednesday’s extradition to the US of a Canadian who has been charged with alien (immigrant) smuggling offenses.

The DOJ said Sri Kajamukam Chelliah, also known as “Mohan,” 55, is charged in a criminal complaint, unsealed on Wednesday in the US District Court for the Southern District of Florida, with conspiracy to bring immigrants to the United States and to encourage and induce the immigrants to come to, enter or reside in the US for commercial advantage and private financial gain.

Chelliah is also charged with attempting to bring immigrants to the United States for commercial advantage and private financial gain.

According to the complaint, Chelliah is alleged to have attempted to facilitate the travel of immigrants from Sri Lanka through Haiti, Turks and Caicos Islands, and the Bahamas to the US from on or about July 1, 2019 to October 10, 2019.

The DOJ said Chelliah was arrested on local immigration charges and later sentenced.

Following the completion of his prison sentence, the DOJ said Chelliah was placed in immigration detention in Turks and Caicos.

US law enforcement determined Chelliah and others allegedly made arrangements to smuggle numerous Sri Lankan immigrants to Canada through the United States for monetary payments.