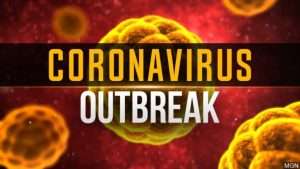 (TRINIDAD NEWSDAY) – AN ENGAGEMENT party held recently by a well-known family from the west is believed to be one source of a recent upsurge in confirmed COVID-19 cases.

The numbers of  cases has risen sharply over the past couple weeks, after a dramatic increase in testing being done at both private and public facilities.

Newsday spoke with two close relatives of a couple for whom an engagement party was hosted “down the islands.”

They could not confirm how many people attended but said it was far too crowded to be considered a responsible gathering.

“They were a lot of young people there…Dozens, obviously without face masks,” said a person in the family, who asked not to be named.

“It’s causing a lot of confusion. We know of a couple (of them) who are confirmed (positive) and some, especially the older ones in their families, are not too pleased about it. It’s created a serious health hazard.”

A social media post shared widely recently, with an accompanying photo of St Clair Medical, suggested that over 200 young people attended an engagement party, after which there was an upsurge in testing done at St Clair at $2,600 per test.

Newsday understands that St Clair Medical some time ago introduced a drive-through testing system by appointment.

The test is done while the patient is in the car and they receive results in one to two days. The actual cost is $1,650 per test.