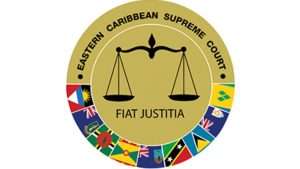 (OECS) – The Eastern Caribbean Supreme Court (ECSC), with the support of the British High Commission and the US Embassy for Barbados and the Eastern Caribbean, embarked on The Sentencing Guidelines Initiative aimed at promoting and streamlining the Court’s approach to sentencing across its nine-member jurisdiction.

The first set of Sentencing Guidelines were officially launched on September 17, 2019, and came into effect on October 1, 2019.

On July 30, 2020, The Hon. Dame Janice M. Pereira, DBE, LL.D Chief Justice along with two other judges issued the second set of Sentencing Guidelines which comprises the following:

These Sentencing Guidelines represent the culmination of extensive work undertaken by the Sentencing Advisory Committee under the able chairmanship of His Lordship, the Honourable Justice Iain Morley.

Since the launch of the first set of guidelines, the Committee has not only monitored the existing guidelines for fairness and effectiveness but has also worked on developing new guidelines.

The Sentencing Guidelines are not intended to achieve uniformity in sentences or to restrict judicial discretion.

By employing measures which demonstrate the consistency of approach and by mandating that clear reasons are provided for sentences passed, these guidelines will assist immensely in maintaining and promoting public confidence and transparency in the criminal justice system.

This second set of Sentencing Guidelines is slated to come into effect for application by the Supreme Court and the Magistrates’ Court in each Member State and Territory on 1st September 2020.

Legal practitioners and members of the wider public are urged to review the guidelines and familiarise themselves with the same ahead of the commencement date. Until 1st September 2020, the existing guidelines will remain in force.