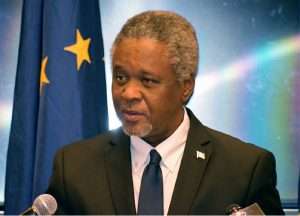 Speaking on local radio Thursday, Francis, a lawyer, revealed that some of the people up for hire were known to law enforcement and are being constantly monitored.

“Crime is now big business in St Lucia, there are people who are known hitmen in Saint Lucia and these guys will not hesitate, if they get the right amount of money, to put a hit on you,” Francis declared. The situation he said, is very worrying.

Francis said that the problem of hitmen on island, while not new, is becoming more prevalent.

He observed that while their numbers are few, the individuals are extremely dangerous: “Less than ten but their names keep coming up over and over and over again.”

“We have leads and we are pursuing those leads but these guys are extremely, extremely smart. Our information indicates that they travel but they don’t carry their weapons with them so their weapons are actually brought to them to do a particular hit at a particular location. So even if you stop them on the streets, you will not get any weapon on them.”

Francis applauded the Royal St Lucia Police Force for their crime-fighting efforts, but noted that they must become more sophisticated in their approach.