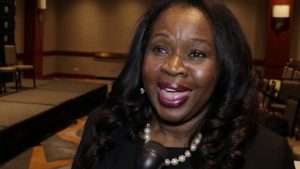 Justice Hinds-Radix, a former administrative judge for civil matters in the Second Judicial District in New York, said CALA’s vice president, Yvette Hinds-Wills, a Guyanese national, specifically reached out to her, “because she had this burning desire to form such a bar association”.

“Collectively, they believed it was timely and necessary, both in the legal profession and in the community as a whole,” Justice Hinds-Radix said.

Similar to other bar associations, she said CALA intends to serve the Caribbean community by providing legal information, mentorship of young attorneys and those who want to become attorneys, and courses informing people of their individual rights.

“The association intends to continue the growth and promotion of the law, within the Caribbean community, to get young people the necessary exposure early on to understand how they can become lawyers, judges and community leaders,” Justice Hinds-Radix said.

She said this can be accomplished by “going into schools on career days, working with churches and other community organizations to provide information on the issues that impact our community the most, such as immigration, housing, elder abuse, etc”.

Justice Hinds-Radix said CALA’s long-term goals include having “seasoned mentors who can guide young attorneys to ensure that they are fully familiar with their ethical responsibilities”.

“This is extremely important during these times. Young attorneys need to understand that they are held to a higher standard ethically; and, if they go afoul, they must have the resources and the knowledge necessary, so they do not lose their licenses to practice law.”

In addition, Justice Hinds-Radix said the formation of CALA is “a great opportunity to make the legal community familiar with the lawyers and judges, of Caribbean descent, who live, work and practice in the community”.

She said CALA’s officers, board of directors and members hail from various islands within the Diaspora, including Barbados, Trinidad and Tobago, Jamaica, Haiti, Guyana, Dominica and Puerto Rico, among others.