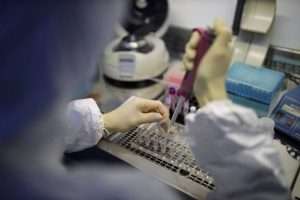 (TRINIDAD NEWSDAY) – China has offered Latin America and the Caribbean a US$1 billion loan for covid19 vaccine access.

Chinese Foreign Minister Wang Yi made the announcement at a virtual gathering of Foreign Affairs ministers from the region, including Trinidad and Tobago, a release from the Mexican Foreign Affairs Ministry said on Wednesday. Mexico and China jointly hosted the meeting.

The release said the meeting was “aimed to consolidate international co-operation against covid19 and jointly face the challenges derived from the pandemic.”

Covid19, a disease caused by the novel coronavirus, is thought to have originated in China, with the first cases recorded in the Wuhan province late last year. The WHO officially declared it a global pandemic in March.
Trinidad and Tobago has recorded 141 confirmed cases, with 127 recoveries and eight covid19-related deaths.

There are an estimated 15.5 million confirmed cases around the world, led by the US and followed by Brazil.