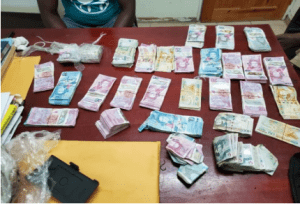 A search of the men and the fishing vessel turned up just over 71-thousand dollars in cash (XCD).

The money has been forfeited to the State.