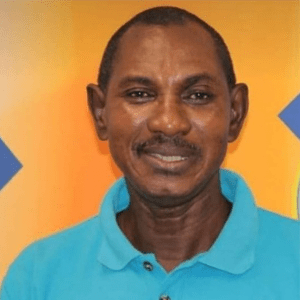 PR –  The Ministry of Youth Development, Sports, Culture and the Arts, extends heartfelt condolences to the family and friends of Cultural Ambassador and Cultural Icon, Mr. David “Peck” Edwards, who passed away on Sunday, July 19, 2020.

Mr. Edwards was a former journalist at Radio Free Grenada, a drummer, a prolific calypso singer and songwriter, a national athlete and a former Senior Cultural Officer at the Division of Culture. However, he was best known for his love of music. He was devoted to his craft and contributed immensely to the development and promotion of Grenadian culture, particularly Steelpan music.

The veteran musician enjoyed a music career spanning approximately fifty (50) years. During this time he would have touched the lives of many young persons throughout Grenada. He was renowned, nationally and internationally, as a long-time leader and champion arranger for one of Grenada’s most dynamic steel orchestras, the New Dimension Steel Orchestra. He led the orchestra to capture fourteen (14) national Panorama titles since 1988. He also briefly arranged for Suzuki Pan Wizards and Rainbow City All Stars in St. Andrew. For his dedication to music, Steelpan in particular, Mr. Edwards was appointed as a Cultural Ambassador with effect from 20th June, 2011.

The Ministry and cultural fraternity will greatly miss David “Peck” Edwards. Our thoughts and prayers are with his family and friends and we hope that his memories will bring comfort during this time of grief.