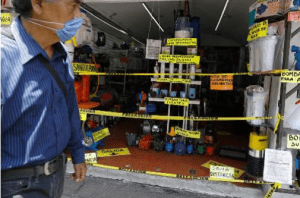 (AP) — The Economic Commission for Latin America and the Caribbean said Wednesday the region’s per-capita gross domestic product is likely to drop by 9.9 per cent in 2020 due to the coronavirus pandemic.

That would take the region back to GDP levels of 2010, something the UN commission called “a lost decade.”

The value of the region’s exports are expected to fall by 23 per cent compared to the year before.