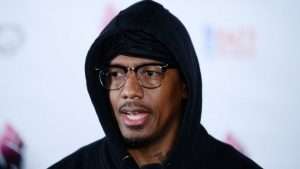 (BBC) – Nick Cannon has been fired from his MTV show Wild ‘N Out and other work for the channel’s parent company, which said he had promoted anti-Semitic comments.

In response, Cannon said he does “not condone hate speech nor the spread of hateful rhetoric”.

The star also presents The Masked Singer, which is made by Fox.

He created Wild ‘N Out, an improv series that has had 15 series, but which will now come to an end.

He has also hosted a string of shows for the ViacomCBS-owned Nickelodeon channel over more than 20 years, and was named chairman of spin-off TeenNick in 2009.

In a statement, the company said: “ViacomCBS condemns bigotry of any kind and we categorically denounce all forms of anti-Semitism.”

It added: “While we support ongoing education and dialogue in the fight against bigotry, we are deeply troubled that Nick has failed to acknowledge or apologise for perpetuating anti-Semitism, and we are terminating our relationship with him.”

In the 30 June episode of Cannon’s Class, the presenter interviewed former Public Enemy rapper Professor Griff, who left the group in 1989 after saying Jews were “wicked”.

Professor Griff claimed to Cannon that he was talking about Jews controlling the media, and said: “I’m hated now because I told the truth.” Cannon added: “You’re speaking facts.”

The presenter called Professor Griff a “legend”. He also said the “Semitic people are black people”, and that: “You can’t be anti-Semitic when we are the Semitic people.”

On social media, Cannon later said he had “no hate in my heart nor malice intentions” and that he held himself “accountable for this moment”.

Cannon was also criticised for comments that suggested white people were “less” than black people.

The star hosted America’s Got Talent on NBC from 2009 to 2016 and is launching a syndicated daytime talk show called Celebrity Call Center in September for Fox.

Cannon also hosts a morning radio show for KPWR in Los Angeles, and is the former husband of singer Mariah Carey.