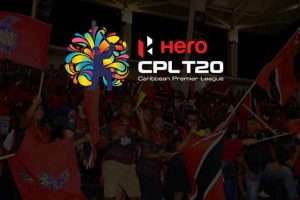 (CMC) –  The Hero Caribbean Premier League (CPL) and the Government of Trinidad and Tobago have come to an agreement for the entire 2020 season to be played in the country.

The tournament will run from Tuesday, August 18 to Thursday, September 10.

The CPL said it will have a full season and will feature overseas and Caribbean players such as Rashid Khan, Chris Lynn, Carlos Brathwaite, Dwayne Bravo, Alex Hales, and Kieron Pollard all set to take part.

The tournament will be the first franchise T20 event to take place in several months. Last year’s CPL had a combined broadcast and digital viewership of 312 million, the league said.

In partnership with Trinidad and Tobago’s ministry of health and its own board of medical advisors, the CPL said it has created protocols to minimize the risk of transmission of the COVID-19 virus
The group said all teams and officials will be housed in one hotel and everyone will be subject to strict quarantine protocols for the first two weeks they are in the country.  It noted that everyone travelling from overseas will be tested for COVID-19, before departure and then again on arrival in Trinidad.

In addition, the group said teams and officials will be put into households where social distancing will be in place and if any member display signs of COVID-19 at any time during the tournament, all members of that household will be expected to self-isolate for a period of 14 days.

All members will be subject to regular temperature checks and will be re-tested for the virus throughout their stay in Trinidad and again before departure, the CPL said.

Pete Russell, COO of Hero CPL said: “We are really excited to bring high class cricket to the Caribbean and to the rest of the world. The standard of players involved in this year’s tournament will be higher than ever and we can’t wait to get the tournament under way.”