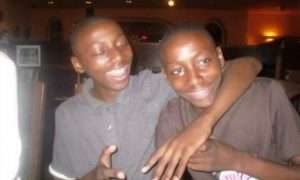 (THE GUARDIAN) – Twins who were born in London and have never left the UK face deportation to different countries in the Caribbean where they have no close relatives, their families have told the Guardian.

Darrell Roberts, 24, has been issued with a deportation notice informing him that the Home Office plans to send him to the Dominican Republic following a prison sentence, even though he has no connection with the country. He believes officials named it in error; his father was born on the island of Dominica.

His twin brother, Darren Roberts, has been warned he faces deportation to Grenada – the country where his mother was born – when he finishes his own jail sentence, according to his partner.

The brothers were taken into the care of social services when they were 13 after the deaths from cancer in quick succession of their mother and later of the uncle who looked after them when she died. Their father had moved abroad before their mother’s death and they have had no contact with him for decades. Neither parent had British citizenship.

The twins’ siblings have said they believe Ealing social services, in west London, was negligent for failing to organise citizenship when they were children.

After an unhappy and disrupted time during their teenage years when the brothers were moved between a series of unsuccessful foster placements, Darrell was convicted of grievous bodily harm. He was a minor and still being looked after by the care system. His lawyer describes him as vulnerable because of his young age on conviction and his traumatic childhood. Towards the end of a six-year-sentence he has been served with a deportation notice.

He says he was shocked to learn that he faces deportation. “It was heartbreaking. I’ve finished my sentence; I was expecting to be released,” he said, speaking from prison. He tried to explain to prison staff that he should not be deported.

“It is mentally draining; the stress is unnecessary. I’ve got grey hairs and I’m only 24 years old.” He said prison staff laughed when he told them he was born in the UK and appeared not to believe him.

Darrell Roberts was also offered a grant to allow him to “return home” under the facilitated return scheme, with a reintegration package worth £1,500 if he agrees to repatriation. “I told them I was born here that I’d been in primary school and secondary school here. They weren’t sympathetic. When I’ve tried talking to officers they say it is out of their control,” he said.

The Home Office automatically issues a deportation notice to anyone without citizenship who has been convicted of a reasonably serious offence with a custodial sentence of more than 12 months. British citizenship has a good character requirement, which will not be met if an applicant has been sentenced to a long prison term, even if they were UK-born. There are no figures for the number of people born in this country who are deported annually.

Darrell’s twin brother remains in prison for a separate offence of grievous bodily harm. Darren’s partner, who asked not to be named, said he had spoken to her twice about his concerns after being informed he faced deportation. He told her about six months ago that prison staff had warned him he would be sent to Grenada at the end of his prison term.

The couple have a five-year-old son together, also born in London. “He said it didn’t make sense, and asked me to make arrangements to bring our son to visit him. He was shocked,” she said. A Home Office spokesperson said no deportation notice had been issued yet, but letters were generally sent out towards the end of a sentence.

Although prisoners can appeal against deportation orders, there are limited grounds for appeal for those sentenced to more than four years.

The twins’ younger sister, Freya Valie Roberts, a student at Bristol university, said: “Darrell and Darren’s plight highlights the systemic racism built into our institutions in Britain … During their time in care the social care system neglected their duty in nationalising the boys. Me and my siblings are their closest immediate family. Removing them from their home would be splitting them from the only family they have.”

The family was dismayed by the Home Office’s apparent error in the proposed destination for deportation. Darrell Roberts’ immigration lawyer, Syed Naqvi, partner at ITN solicitors, said: “The Home Office’s caseworker does not seem to appreciate that Dominica and the Dominican Republic are two different countries.”

Naqvi added: “The Home Office’s attempt to deport in this case is a simplistic response to a very complex set of circumstances. Darrell is a vulnerable adult who was born in the UK and has lived his entire life in the UK. He had an extremely traumatic childhood: he lost his mother at a young age, he then spent a considerable part of his childhood in social care and was let down by a dysfunctional social care system.”

Andrew Sperling, the managing director of SL5 Legal, Darrell’s prisons lawyer, said: “It is so cruel and unjust that two young men who spent most of their childhood in care should be treated like this. I’m not easily shocked but I have found this case so shocking.”

Children born in the UK are eligible for citizenship but there is an application process, with attached costs that have risen dramatically over the past 20 years. The Project for the Registration of Children as British Citizens has highlighted the problems faced by people who were born in the UK, or brought here as young children, but whose guardians have not applied for citizenship for them; they are unable to apply for university loans and, if they commit a serious offence, they face deportation.

Celia Clarke, the director of Bail for Immigration Detainees, said: “Having been in care during childhood, social services should have ensured they became British citizens, to which they were entitled. It is quite appalling that the Home Office should be taking deportation action, resulting in them being torn from the only home they know to find their way in a totally foreign country when they have lived here all their lives. The automatic deportation regime is callous, cruel and needs to be ended.”

A spokesperson for Ealing council said attempts had been made to help the twins naturalise. “Ealing council’s children’s services have repeatedly engaged with both Darren and Darrell, their solicitors and the prison services to provide all documentation to allow them to apply for immigration status, in Darrell’s case as recently as May 2020, but neither of the young men signed the documentation to allow it to be progressed.”

The council said it would continue to try to help with this as part of their leaving care services, until the twins turn 25 later this year. The process is unlikely to be straightforward, however, because of the good character test.

A Home Office spokesperson said: “Prisoners who are served with a deportation notice are given the opportunity to provide reasons why they should be exempt from deportation. All representations made will be carefully considered before any action is taken.”