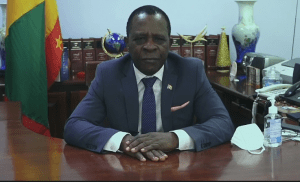 PR – The Grenada Technical and Allied Workers‘ Union (GTAWU) expresses its deep concern in how the workers of LIAT and their Trade Unions were treated by the Share Holder Governments regarding the impending closure/liquidation of the company.

The Unions and workers became aware of the impending closure/liquidation just like the public via the traditional media and social media. This unfortunate and unprofessional approach by some of the Share Holder Governments has resulted in the workers being in a state of panic and uncertainty. This is so since the Company and the Unions were discussing the resumption of operations in keeping with the reopening of various Country borders.

This announcement therefore came as a shock to the Workers and Unions.

The Grenada Technical and Allied Workers‘ Union has sent a letter seeking an urgent audience with Prime Minister Dr. Keith Mitchell to discuss the new developments. The Union will be indicating its expectations that the Grenada Government will ensure that the local LIAT workers receive their benefits as it relates to Severance and all other outstanding matters such as, Overtime hours pay, Allowances, Retroactive, Pensions and Holiday pay.

The Union is in the process of identifying, quantifying and finalising all the outstanding benefits owed and due to the LIAT (1974) Grenada Ltd workers for submission to the Company and Government of Grenada.