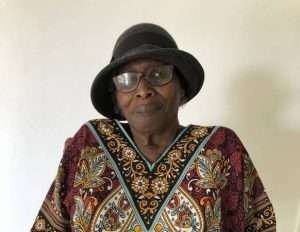 GPWU extends its deepest and heartfelt condolences on her passing to her immediate family, relatives and friends especially her husband Mr. Francis Clarkson, daughters, sons and grandchildren. As you mourn, we bid you, do so in hope and comfort as you can be justly proud of the outstanding legacy that she left.

Sis. Clarkson broke the glass ceiling and blazed the trail when she was elected the first female president of the Union, in 1989. In doing so, she defied the tradition of over fifty (50) years of male dominated presidency within the ranks of the Grenada Public Workers’ Union. She served in this noble office for fourteen (14) years, up to April 2003, earning for herself the distinction of being the longest serving President of the GPWU.

As a career nurse, Sis. Clarkson was an outstanding leader and champion for workers’ rights and justice. She reshaped the leadership style within the GPWU; leading by example and by the principles of her noble profession with care and compassion, achieving many gains for workers. Her deep rooted passion and love for people helped her to offer selfless and objective leadership to Public Workers.

Through her fearless leadership she led the Union to many victories that changed the social and economic wellbeing of Public Workers. Her most significant, challenging yet historic period of leadership was during the country’s first Structural Adjustment Programme and public service reform in the 1990s. She navigated the union through this difficult time demonstrating her bravery and strength as a leader, thus she reignited the flame and commitment of Public Officers to the union and the struggle for rights and justice.

Serving on the Grenada Trades Union Council (GTUC) she held the title of 2nd Vice President. Sis. Clarkson was very impactful and her contributions were very influential in shaping the policies of the GTUC.

She served as President of the Caribbean Public Services Association from 1994 to 1995. She was an extremely powerful orator and was always in demand throughout the region as a speaker to inspire and empower workers. She represented GPWU on the Public Service International (PSI) serving as female Titular for the Caribbean.

Sis. Luret Clarkson was a respected and beloved trade unionist who served workers with her heart and soul. She will be greatly missed and will be remembered for her significant and selfless service to her country and the working class of Grenada. GPWU salutes her legacy and bids her farewell.

Long Live her Memory. May she Rest in Peace.