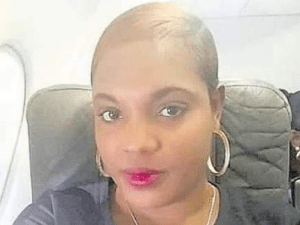 (JAMAICA OBSERVER) –  Investigators from the Falmouth Criminal Investigation Branch say they are following leads into the gruesome killing of a mother in full view of her 10-year-old daughter by an armed robber who invaded their home Friday night.

The intruder reportedly held the woman at gunpoint and robbed her of cash and other valuables before shooting her, execution style, after she rejected his demand for sex.

The deceased has been identified as 36-year-old Tamara Geddes, who was unemployed and of Reserve in this north western Jamaica parish.

“A number of community members have been expressing concern and have been very cooperative with the police. So there are a number of investigative avenues that are being pursued simultaneously, based on what they have told us,” commander of the Trelawny Police Division Superintendent Kirk Ricketts told the Jamaica Observer.

A pall of gloom blanketed the family home which the mother and her daughter shared with other family members.

Yesterday, grief-stricken relatives and friends milled around the yard where the tragedy unfolded.

A shocked sister, Nadine Geddes, reflected that it was deja vu for the family as only late last year tragedy also struck when her brother, Gregory Geddes, who was 37, was fatally stabbed during a dispute with a bartender at a bar in Martha Brae in the parish.

“He (Gregory) was just buried on the 29th of February this year,” the bereaved sister said.

An uncle of the deceased, Dave Williams, was at a loss over the killing of the siblings in rapid succession.

“It is about… call it six months apart. Why, why, why? Why we?” he questioned.

The despondent uncle recounted that Tamara was a jovial individual.

“I was at my home when I got a phone call from my son that they killed my niece. It is like me just sad from there… can’t sleep. She was one of my favourite nieces. She is very humble, jovial, a nice person. Anywhere she is you are always entertained. Never expected this, to the type person she was,” Williams said, looking into space.

Nadine Geddes also described her sister as jovial and fun-loving.

“She was jovial, love to party. Words can’t describe how the incident has left the family,” she said, her face etched in grief.

She explained that like other family members, she was downstairs, “but never heard any explosion”.

“It was not until the 10-year old raised an alarm,” she bemoaned.

According to police reports, around 8:30 pm Geddes was in her bedroom with her daughter when an intruder, who brandished a handgun, entered through an open door.

The police said the man demanded money and cellphones, and was given cash and two cellphones.

But Tamara Geddes was shot and killed after she resisted the gunman’s demand for sex.