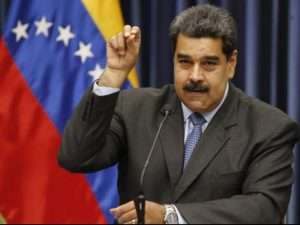 (AFP) – Nicolas Maduro’s government on Thursday accused the World Bank of collaborating with the Venezuela opposition to take sides in a US court case involving a subsidiary of state oil company PDVSA.

US multinational energy firm ConocoPhillips has petitioned a US court to allow shares in Citgo, the US subsidiary of PDVSA, to be used to pay a US$2 billion debt plus interest over the nationalisation of assets in Venezuela in 2007.

Venezuela’s Vice President Delcy Rodriguez accused World Bank director David Malpass — the under-secretary for international affairs at the US Treasury Department from 2017-19 — of “collusion” with opposition leader Juan Guaido to support ConocoPhillips in its claims.

Last year, US President Donald Trump’s administration handed over control of Citgo’s finances to Guaido, whom Washington has backed in his challenge to Maduro’s authority and who claims to be Venezuela’s acting president.

“An investigation should be opened against the World Bank director. He’s acted in complicity with this usurper … to take Citgo and give it to ConocoPhillips,” said Rodriguez, referring to Guaido’s lawyer Jose Ignacio Hernandez.

“The United States courts need to look at what crimes have been committed.”

Several other companies are also asking that Citgo shares be confiscated to pay off debts, including Canadian mining company Crystallex, which is demanding US$1.4 billion over the nationalisation of a Venezuelan mine in 2008.