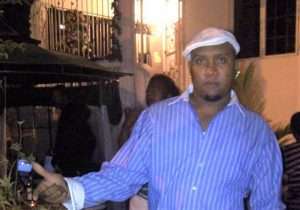 (TRINIDAD EXPRESS) – On the day he made a police report about a police officer harassing him, a Carapo man was killed by three men who pulled up outside his home on Monday.

The deceased has been identified as Roger ‘Wasa’ Cabie of Simon Street, Carapo.

Police were told that at about 6.20p.m. Cabie was at his home when a vehicle pulled up.

Cabie was found on the ground, having been shot multiple times.

Residents claimed that the three men who exited the vehicle ‘looked like police’.

At the time of the killing, there was a police operation ongoing in the community as officers of the Northern Division searched for arms and ammunition.

The case has also drawn the attention of investigators who told the Express that earlier that day, Cabie had went to the La Horquetta police station where he made a report against an officer for ‘harassment’.