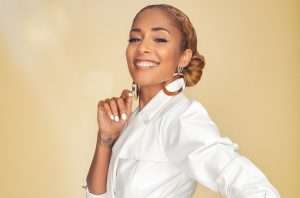 “BET was created to stand at the forefront of black culture. We have made strides over the past two decades to create a space where black creativity, culture, and art have the opportunity to get the celebration it deserves in a world where it is systematically muted,” said Connie Orlando, EVP Specials, Music Programming & Music Strategy at BET, in a press release. “This year we’re looking forward to continuing the tradition of providing fans with those special, not to be missed moments of enrichment, entertainment, empowerment and also using our platform to create change for our community.”

And for the first time ever to commemorate the awards ceremony’s 20-year anniversary and BET’s 40-year anniversary, the 2020 BET Awards will simulcast live on CBS and BET/BET HER on June 28 from 8 p.m.-11 p.m. ET.