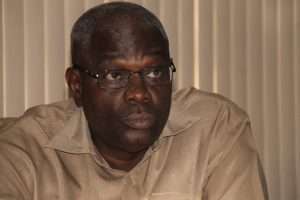 (CMC) – Chief Elections Officer, Keith Lowenfield,  said in his report on the recount of the ballots in the disputed March 2 regional and general elections that the results do not meet the standard of fair and credible elections.

Lowenfield presented his report to the chairperson of the Guyana Elections Commission (GECOM), retired justice Claudette Singh, detailing the complaints and observations made of the recount in every region and the findings.

GECOM had undertaken the recount after both the ruling coalition, A Partnership for National Unity (APNU) and the main opposition People’s Progressive Party/Civic (PPP/C) had claimed victory at the polls that had been observed by national, regional and international observers.

The recount exercise ended last Sunday and the PPP/C claimed that it showed it had won the elections by more than 15,000 votes, while the APNU claimed there were numerous instances of irregularities and anomalies. The recount was observed by a three-member team from the Caribbean Community and it is expected to submit an observatory report.

He also highlighted similar instances in Regions, Two, three and Four, noting that in the latter a total of 466 ballot boxes were affected due to a total of 1,862 anomalies and/or alleged voter impersonation and unreconciled ballot boxes.

The Chief Elections Officer also said it cannot be ascertained that the results met the standard for free and fair elections, highlighting the many cases of anomalies and the impact those anomalies would have on the votes and the outcome of the elections.