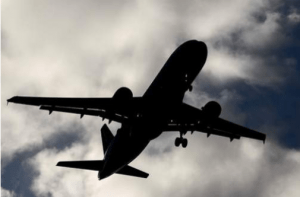 (AFP) — Their fleets grounded for months owing to the coronavirus, airlines have sought with varying degrees of success state assistance to avoid going under altogether.

But ahead of a return to normal service many carriers are weighed down by debt as they seek to take wing when mass demand finally takes off again.

The forecast is for exceptionally cloudy skies with the International Air Transport Association in April saying passenger demand had plummeted 94.3 percent over early 2019 and warning receipts will more than halve this year.

On Tuesday, IATA said its 290 member carriers were heading for a combined historic net loss of more than US$84 billion this year after the world went into mass lockdown to limit the spread of COVID-19 and a further US$15 billion next year.

Facing such losses, carriers have been queuing up for state support.

Governments have not turned a deaf ear, earmarking US$123 billion to date, 67 billion of which will have to be reimbursed — but the sector is set to burn through an estimated US$60 billion of cash in the second quarter of 2020 alone.

Although the support is more than small beer, IATA estimates the carriers’ debt pile will hit US$550 billion — a rise of 28 per cent compared with before the virus crisis broke and 92 per cent of expected 2021 revenues.

Air France has obtained a 7 billion euro (US$7.9 billion) loan package and Lufthansa an overall aid package worth 9 billion euros.

US carriers have won pledges of US$50 billion support — half of its loans — while Hong Kong’s Cathay Pacific is due for a US$5 billion state-backed bailout.

Some airlines have filed for bankruptcy — notably Latin America’s two largest carriers LATAM and Avianca. Thailand’s cash-strapped national carrier is seeking restructuring through the bankruptcy court, while Virgin Australia and South African Airways have fallen by the wayside.

“Where governments have not responded fast enough or with limited funds, we have seen bankruptcies. Examples include Australia, Italy, Thailand, Turkey, and the UK,” notes IATA director general Alexandre de Juniac.

“Government aid is helping to keep the industry afloat. The next challenge will be preventing airlines from sinking under the burden of debt that the aid is creating,” de Juniac added.

“Today, there is a liquidity crisis being managed mainly by state loans and subsidies,” say Bertrand Mouly-Aigrot, aviation expert with Archery Strategy Consulting.

“But this liquidity crisis is going to morph pretty quickly into a debt crisis and there are probably firms who won’t be able to come back” under their debt burden weight, he told AFP.

The agency adds IAG debts are set to double by year-end to 15 billion euros.

In contrast, the ratings agency noted low-cost carrier Ryanair flew into the crisis with strong liquidity and little debt.

In the United States, Boeing boss David Calhoun caused a stir last month when he judged it “very probable” the behemoth would go under.

CFRA Research cabinet says it is confident Delta and Southwest Airlines will survive the crisis but is less sure on the outlook for United and notably American Airlines, given the latter entered the crisis already heavily indebted.

“We don’t recommend owning any airlines at the moment,” said a May 28 CFRA note.

Even as traffic resumes post-lockdown, revenue flow will be limited. US and Chinese carriers hope for uplift from potentially vast domestic markets, which will likely take off first. But “domestic traffic does not have the same profitability, the same receipts potential, as long-haul,” notes Mouly-Aigrot.

That will hit carriers primarily dependent on long-haul revenue such as Cathay Pacific or Singapore Airlines as well as carriers in the Gulf.

Industry experts do not expect traffic to return to 2019 levels before 2023.

“I am not optimistic that some of the carriers that are here today, that already have been significantly bailed out, will get through the next few months,” said Tim Clark, head of Emirates, addressing the recent Arabian Travel Market, warning of “tough” months ahead.

As business cautiously begins to taxi anew along the runway Mouly-Aigrot says carriers will have to recognise they must budget for lower level activity and ward off renewed liquidity crises over the coming two years.

He added airlines need to “trim their size in order to reduce their cost base and thus to reduce their capacity,” translating into the withdrawal of hundreds of planes and, inexorably, the loss of tens of thousands of jobs.