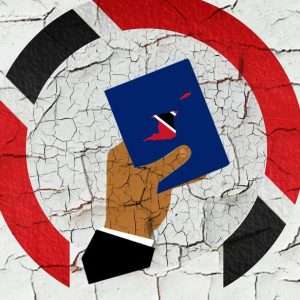 (TRINIDAD EXPRESS) – Over a hundred Trinidadian nationals stranded throughout the world have rallied to request consideration from the Government in their repatriation.

In an interview with the Express on Friday, spokesperson Nabeel Youseph spoke of 135 citizens, the majority of whom are stranded within the United States and desperate to return home.

According to Youseph, while the group understands the restrictions in place due to COVID-19, their patience has since turned to frustration and fear as many he said have exhausted funds on housing and food. Some of the group’s members, he said, will face both homelessness and starvation in the upcoming week.

“This is not right, this is not the way the Government should be treating us. They talk about taxpayer’s money. We are taxpayers. Even the people who work out here, they are taxpayers because they send money for their families. We have people in dire need. Two people we are talking about might be homeless. This is not an easy thing that some of these people are going through,” he said.

Youseph said an attempt was made via a lawyer to request an exemption from the Ministry of National Security to return. In preparation, 99 of the 135 nationals were prepared to charter a flight at $900 USD per person. While most of these were those in the US, some were scheduled to join the group for departure in Miami from Canada and Saudi Arabia. They were advised to offer to pay to be quarantined at a hotel in Trinidad.

However, the request was immediately rejected by National Security Minister Stuart Young. He said a letter sent explaining the rejection cited the parallel health care system as a reason for denial.

“Three to four weeks ago we applied for an exemption to the Minister of National Security but nothing came of it. Yesterday we got a lawyer to help us pro bono. She applied yesterday and we were immediately rejected. We spent days doing research. We got a charter flight for 99 people and 10 babies because airlines will only seat 99 people due to social distancing. We are all ready to come home.”

“Our lawyer suggested to us that we find somewhere to quarantine that we can pay for so we found a hotel to take us in. All 99 of us were willing to pay for the quarantine at this hotel. So we have our charter flight, we have our hotel organized. The rejection letter spoke about commercial flights and wanting to manage the repatriation of citizens so as to not overwhelm the parallel healthcare system,” he said.

With little options left, Youseph told the Express that a Facebook group was created in which members have been sharing their stories. The page known as “everyttcitizenmatters,” compiles the anonymous pleas for help.

“I have been in the US for four months and my reality has become very stressful – I am down to US $130 and I am almost out of my medication because I can’t get a prescription or refills here so I am missing days of medication. I am asthmatic as well as being on cholesterol and insomnia meds, I am staying by a friend and I am asked almost every day when I am going home. The environment is very restrictive and not comfortable. It is very stressful and there is not much interaction with others. I would really like to return to my home country and family. I am disheartened, sad and frustrated,” wrote one person.

“Can anyone help me? I’m in the Bahamas and my lease is up on Sunday. I can’t afford to pay anymore and I will have nowhere to sleep on Monday. Never wanted to put this out here but what can I do now. The wait is just going too long,” wrote another.

On Saturday, Minister Young addressed the nation in a press conference in Port of Spain, concerning the Government’s plans to return citizens. He said that over 1000 nationals were expected to return in the next two weeks. These nationals he said would come from multiple places, including stranded cruise ship workers, oil rig workers and UWI students.

He added that as these plans unfold, the repatriation of nationals must be done in a manner that can fit the country’s healthcare capacity. He noted that hundreds of citizens remain in countries across the globe including the US.

“We are very sympathetic and we have a lot of empathy for all of our nationals outside. We

understand the difficulties each family is facing. It comes down to numbers in our public health

system and what our public health system can control.”

“We have persons in the United Kingdom, the United States, Canada, the Middle East, Australia, Bangladesh and India and all of these places. We are working in being able to bring the home as we have said repeatedly, all of our nationals will come home. We have to manage the numbers because right now the best way of us containing any chance of reimportation of the virus into Trinidad and Tobago because it is possible and we suspect it will happen is to ensure that everyone who returns we have under state supervision and state quarantine.”

“We will manage everyone back; we just need to get through these two big categories that are

going to take us up to over 1000 at a given point in time. Whilst we are doing that, I will be

bring them back,” he said.

However, Youseph urged the Government to remain considerate of nationals who are beyond desperate.

“Have a heart. Read and understand the plight of your people. These are your people, these are the people who put you in power to serve them. Help us,” he said.