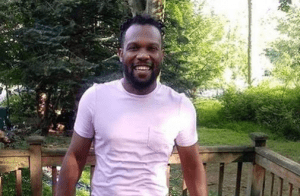 (JAMAICA OBSERVER) – A woman is seeking justice for her Jamaican-born son who died at the hands of a white New Jersey State Police trooper two days before the widely-publicised death of George Floyd.

Maurice Gordon, a 28-year-old resident of Poughkeepsie, New York, was allegedly shot at least four times after what should have been a routine traffic stop on the Garden State Parkway on May 23.

According to the New York Daily News, authorities have still not released the name of the trooper involved in the fatal arrest.

Gordon’s mother, Racquel Barrett, told the Daily News that she cannot get over the emptiness of losing her son and never being able to say goodbye.

“As a mum, it’s so painful reliving the moment over and over and over again,” Barrett said. “I wouldn’t wish it on my worst enemy,” she was quoted as saying.

Barrett believes her son, who migrated to the United States at age 19, was killed because he is black, just like Floyd, who died at the hands of a Minneapolis police officer.

The Daily News reported that an official document released by the New Jersey Attorney General’s office claimed that Gordon tried to grab the unnamed trooper’s gun and tried to steal his state police vehicle.

However, attorney representing Gordon’s family, William O Wagstaff, said he has seen portions of a video depicting the confrontation and there is “absolutely no evidence” that Gordon tried to take the trooper’s weapon.

On Sunday night, New Jersey Attorney General, Gurbir Grewal said his “team of independent investigators” had completed an “initial investigation” and that “we are in a position to publicly release the audio and video recordings of the incident,” the Daily News reported.

Wagstaff called it a disgrace that a video of Gordon’s takedown, which was recorded two days before Floyd’s caught-on-camera death, wasn’t released sooner, saying “it seems like they are trying to cover something up.”

Gordon was pulled over for speeding on the Garden State Parkway in Bass River Township about 6:30 am, police said in a cursory five-paragraph press release. Wagstaff told the media that a trooper said Gordon was clocked going 110 miles per hour.

“After the traffic stop, the unidentified trooper ordered Gordon to move his car, but it wouldn’t start. So, Gordon asked the trooper if he could wait in the squad car until a tow truck arrived,” the Daily News reported.

According to Wagstaff, Gordon waited for about 45 minutes and then decided to leave the police cruiser. That’s when the unidentified officer physically confronted him.