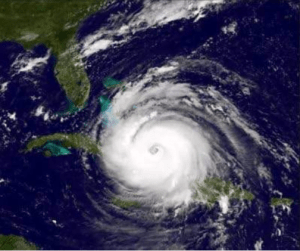 (CMC) — The Barbados-based Caribbean Drought and Precipitation Monitoring Network (CDPMN) said yesterday that as the region enters the wet season, it is expected that rainfall will increase and ease the drought in several regional countries.

In its latest bulletin, CDPMN said that parts of the region have been experiencing drought, particularly the southern portion of the eastern chain and parts of Belize. It said that relief from the impacts may not be realised until after June.

“However, with above normal rainfall expected over most of the Caribbean from July/August, drought concerns would greatly diminish with the southern islands of the Eastern Caribbean and Belize still having to be watchful,” it said.

The CDPMN said that for the first three months of this year, mixed conditions prevailed throughout the Eastern Caribbean.

The CDPMN said that St Vincent and the Grenadines, which earlier this week urged residents to pray for rain to deal with the drought, was moderately dry during the first three months, while St Lucia and Martinique recorded moderate to severely dry conditions.

Guadeloupe has been very wet in the west to moderately dry in the east with St Kitts slight to moderately wet; while Antigua, St Maarten, Anguilla, St Croix and St Thomas recorded normal conditions.