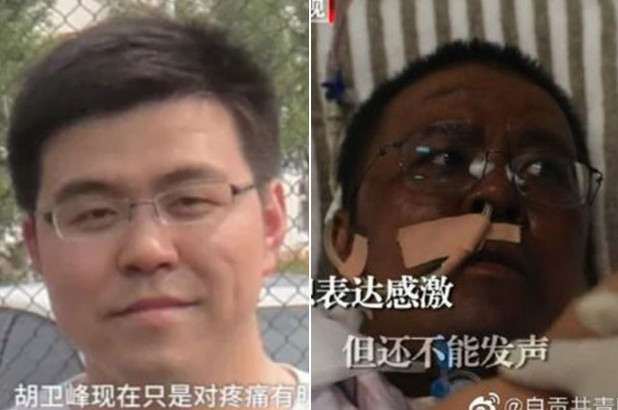 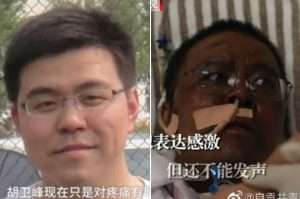 (NEW YORK POST) – A Chinese doctor whose skin turned dark brown while he fought the coronavirus has died in a Wuhan hospital — more than four months after he was first infected, according to reports.

Dr. Hu Weifeng, 42, went viral in April after photos were released showing his skin radically darkened as he was being treated for COVID-19, a condition put down to either liver damage or drugs he was prescribed.

He died early Tuesday, according to Global Times — almost 20 weeks after he was diagnosed on Jan. 18.

The urologist fell sick while treating coronavirus patients at Wuhan Central Hospital — the Chinese hospital where the pandemic was first identified. He appeared to be recovering, but suffered cerebral hemorrhages on April 22 and May 21, the report said.

Hu is believed to be the sixth employee there to have died from COVID-19, Global Times said — including whistleblower Dr. Li Wenliang, who was allegedly silenced when he tried to alert the world to the new contagion.

Other medical whistleblowers at Wuhan Central Hospital — including emergency unit director Ai Fen — have told Chinese media they were punished by authorities for speaking out, according to Agence France-Presse.

Another colleague who also turned a dark color — Dr. Yi Fan, also 42 — was discharged from hospital on May 6, Global Times said.