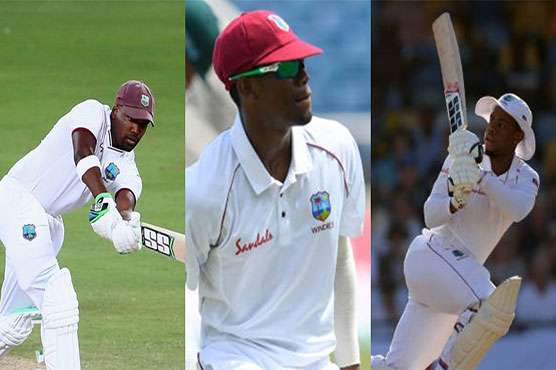 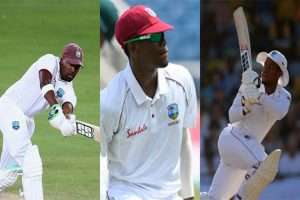 (AFP) – Veteran batsman Darren Bravo was among three West Indies cricketers to turn down a place in the squad for next month’s three-Test tour of England, Cricket West Indies (CWI) announced yesterday.

“Darren Bravo, Shimron Hetmyer, and Keemo Paul all declined the invitation to travel to England for the tour and CWI fully respects their decision to choose to do so,” CWI said in a statement.

“As previously stated, CWI will not hold this decision against these players when considering future selection.”

The squad also includes Shai Hope, who during the West Indies’ 2017 Test match win at Headingley became the first batsman to score hundreds in both innings of a first-class match at Yorkshire’s headquarters.

This year’s three back-to-back Tests, rescheduled because of the novel coronavirus disease (COVID-19) outbreak, which the UK Government says has claimed at least 39,000 lives in Britain, will be played behind closed doors.

But a series that will span just 21 days remains subject to final approval from the UK Government.

The touring party, who will all be tested for COVID-19 this week, are scheduled to fly to England on private charters on June 8.

The West Indies squad will live, train and play in a biosecure environment during the seven weeks of the tour, as part of the comprehensive medical plan to ensure player and staff safety, CWI said.

As the health protocols will restrict movement in and out of the venues, the selectors have also named 11 reserve players who will travel to train and help prepare the Test squad, while ensuring injury replacements are readily available.

“The new cricketing environment will take some getting used to,” said CWI chief selector Roger Harper.

“However, being in England and working together for four weeks before the first Test will give the squad the opportunity to get acclimatised and hopefully, mentally and technically adjusted to the demands of the new environment.”

Harper, himself a former Test off-spinner, added: “I think we have a squad that will be very competitive.

“More than half of the squad were involved in the victorious Test series against England in the Caribbean last year so they will bring that experience, that knowledge and belief with them and marry it to the enthusiasm and vitality of the newcomers.”

Going ahead with major matches is seen as vital in reducing the virus’s financial impact upon cricket, with the England and Wales Cricket Board estimating it could lose £252 million (US$316 million) if there are no fixtures at all this summer.