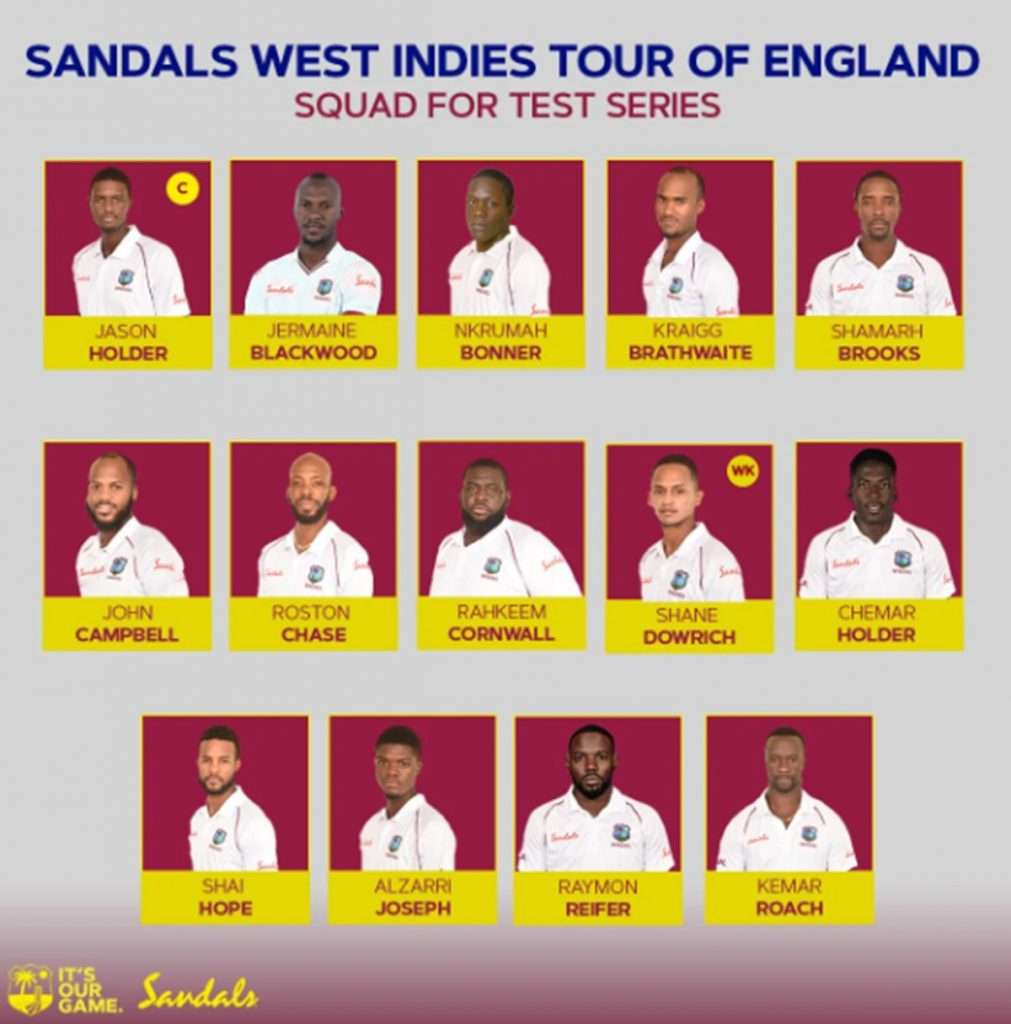 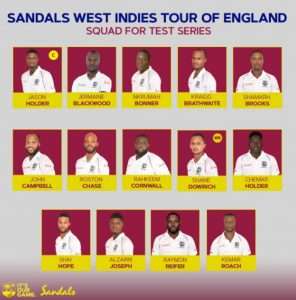 Subject to the final approval of the UK government, the West Indies will defend the Wisden Trophy in three back-to-back Test matches to be played behind closed doors, starting on July 8. The touring party, who will all be tested for COVID-19 this week, is scheduled to fly to England on private charters on June 8.

The West Indies squad will live, train and play in a “bio-secure” environment during the seven weeks of the tour, as part of the comprehensive medical and operations plans to ensure player and staff safety.

The bio-secure protocols will restrict movement in and out of the venues, so the selection panel has also named a list of reserve players who will travel to train and help prepare the Test squad and ensure replacements are available in case of any injury.

Darren Bravo, Shimron Hetmyer, and Keemo Paul all declined the invitation to travel to England for the tour, and CWI fully respects their decision to choose to do so. As previously stated, CWI will not hold this decision against these players when considering future selection.

The 22-year-old Holder – who is not related to captain Jason Holder – was the leading fast bowler in the West Indies Championship with 36 wickets in eight matches at 18.91 each, and was one of the successful ICC U-19 World Cup-winning side in 2016.

Bonner, 31, will be making his Test squad debut after being one of the leading batsmen in the 2020 West Indies Championship with 523 runs in seven matches at an average of 58.11. He has previously represented the West Indies when he played two T20 Internationals back in 2011 and 2012.

“The new cricketing environment will take some getting used to. However, being in England and working together for four weeks before the first Test will give the squad the opportunity to get acclimatized and hopefully, mentally and technically adjusted to the demands of the new environment. Playing in July could be a blessing as the weather is likely to be warmer which will allow the squad more of an opportunity to play its best cricket.

“I think we have a squad that will be very competitive. More than half of the squad were involved in the victorious Test series against England in the Caribbean last year so they will bring that experience, that knowledge and belief with them and marry it to the enthusiasm and vitality of the newcomers. The experience of the players who toured England before in 2017 will also benefit the squad greatly. I expect that the bowling unit will once again provide a serious challenge for England and our batting will have to deliver. England is a tough team when playing in home conditions, however, I think the West Indies has a good chance of retaining the Wisden Trophy. We will have to bat consistently well to do so.”

Harper added: “Chemar Holder is an exciting young fast bowling talent who is coming off an excellent domestic First-Class season. He should enjoy bowling in English conditions. He could prove a real asset to the team in England. Nkrumah Bonner is an unflappable character. His ability to hold the innings together and bat through tight situations could serve the team very well. Jermaine Blackwood returns by sheer weight of performance in the domestic First-Class season. His patience and application were evident and that resulted in much greater consistency which I look forward to him taking back into the Test arena. His experience of playing Test cricket in England should stand him in good stead.

“Raymon Reifer has been around for a while and has proved to be a real competitor with both bat and ball – qualities that will add great value to the team. Shannon Gabriel is working his way back to full match fitness after his ankle operation last year. The four weeks leading up to the first Test will be of tremendous benefit to him. A fully fit and firing Shannon adds great potency to the bowling attack, so it is important to have him back at his best.

West Indies are scheduled to arrive in Manchester on June 9 and will be based in Manchester for a three-week period before moving to Southampton for the first Test at the Ageas Bowl. They will then return to Manchester for the second and third matches at Emirates Old Trafford. All these matches will be played behind closed doors and are still subject to UK Government approval.