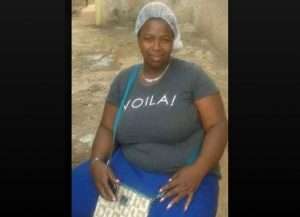 (JAMAICA STAR) — They say a selfless mother will go through the fire for her kids and Marlene Cushnie did just that on May 26 when her house and small business caught fire.

The 42-year-old mother of five died after four days at the Kingston Public Hospital. She received third-degree burns to 95 per cent of her body after she went into the burning house to rescue her children.

Cushnie’s daughter, Shantel Brown, said her mother was in her yard in Turner Top, St Elizabeth, when tragedy struck.

“She lived in a yard with more than one house, so she was outside speaking to our grandmother when someone told her that smoke was coming from her house. The door was closed so she got the door off and went inside for them. What she didn’t know is that my little brother and sister had already seen the fire and had gotten outside, via another door. My 10-year-old sibling was calling out to ‘mommy!’ But mommy believed the call was coming from inside the house, so she was in there searching for them,” she said.

Brown said while her mother was still inside the house, there was an explosion. It was the gas cylinder.

“When she came out the fire, she was talking good and even tell my sister that she was there searching for them but something blew her out. Even when she was taken to Mandeville Hospital, she was responsive. One of the doctors told us that they were going to put a tube down her throat to her lungs so she should tell us whatever she wanted to tell us,” she said.

“She turn to my sister and say ‘Shanique dem (doctors) say it bad enuh, but what man give over God don’t give over mi child, so we a guh alright’.”

Cushnie was placed in ICU, but succumbed to her injuries early Sunday morning. Brown stated that even minutes before her death, the only thing on her mother’s mind was her children’s well-being.

“She managed to open her eyes two days before she died. We told her stuff and she would shake her head and move her lips. She was so strong. The doctors told me that a few minutes before her heart stopped for the final time, she was able to speak and she asked for us, her kids, then she passed,” she said.

“There was nothing that our mother wouldn’t do for us. She had a little grocery shop and recently added a restaurant. She was a single mother who worked extremely hard for what she had. There was never a night that any of us would go to bed hungry. She would go to the end of the world for her loved ones,” Brown said.

In addition to mourning the loss of their mother, Brown and her siblings are faced with other major challenges. As a result of the fire that destroyed the house, Cushnie’s youngest children, ages four and 11, are currently displaced. Brown said the family welcomes any donation that can help them rebuild the family home.

“If you are unable to give a donation, donation in prayer is also most welcome,” she said.

Persons wishing to assist Marlene Cushnie’s family may contact her daughters Shantel Brown and Shanique Simpson at 876-373-7133 or 876-566-2141. A GoFundMe account was also created for the deceased called Help for Marlene.