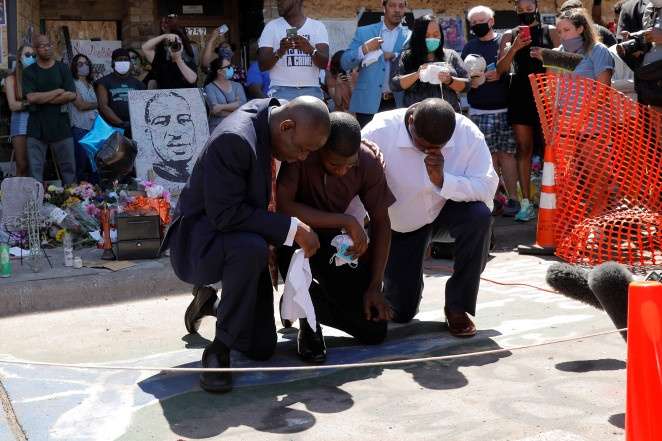 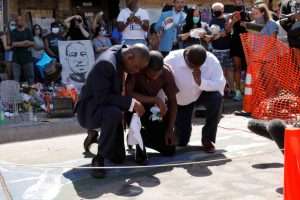 (NEW YORK POST) – George Floyd’s son knelt in prayer Wednesday during a visit to the site where his dad died in a racially charged police killing in Minneapolis.

Quincy Mason also spoke briefly to a large crowd that gathered for his visit.

“No man or woman should be without their father,” Mason said.

Mason also expressed thanks for the outpouring of “support and love” from around the world since Floyd’s death May 25.

The crowd repeatedly cheered and clapped when Floyd family lawyer Ben Crump called for increased charges against former Minneapolis cop Derek Chauvin, who was charged Friday with third-degree murder, and for charges against the three other cops present at the scene.

At one point, Crump counted off the nearly nine minutes that video shows Chauvin using his knee to pin Floyd’s neck to the pavement.