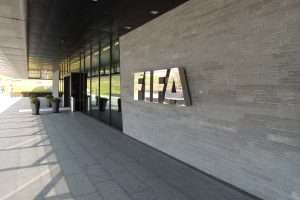 PORT OF SPAIN, Trinidad (CMC) — Fifa has signalled it will defend itself against a legal challenge filed by the former executive of the Trinidad and Tobago Football Association (TTFA) by filing an entry of appearance in the High Court here on Tuesday.

Ousted TTFA President William Wallace and his team, represented by Dr Emir Crowne and Matthew Gayle, are challenging Fifa’s decision to remove them and appoint a normalisation committee to run the association’s affairs.

The Wallace-led executive had initially taken their case to the Switzerland-based Court of Arbitration for Sport (CAS), but withdrew the matter earlier this month saying they were not likely to be get a fair hearing, given some of the decisions CAS had taken in the early stages of the case.

With Fifa having filed an appearance to claim, it has 28 days from the May 19 date when it was served with notice of the TTFA’s claim to file a defence.

The local football association is seeking the court’s intervention by way of a declaration that Fifa’s removal of the TTFA executive, which was elected to office on November 24, 2019, is null, void and of no legal and/or binding effect; a permanent injunction preventing Fifa from interfering in, and/or seeking to override the fair and transparent democratic processes of the TTFA and/or from attempting removing the duly elected executive from office; and a permanent injunction preventing Fifa and/or its agents and/or assigns and/or servants from interfering in the day-to-day management of the TTFA, including the association’s bank accounts and real property.

Fifa said it removed the executive because of mounting and potentially crippling debt, insisting that the local body faced “a very real risk of insolvency and illiquidity” and urgent action was required.

The TTFA stands to be suspended as a result of taking Fifa to the local courts, as Article 64 of the Fifa statutes prohibits member associations from taking internal disputes, or disputes affecting Leagues, members of leagues, clubs, members of clubs, players, officials and other association officials to ordinary courts of law.