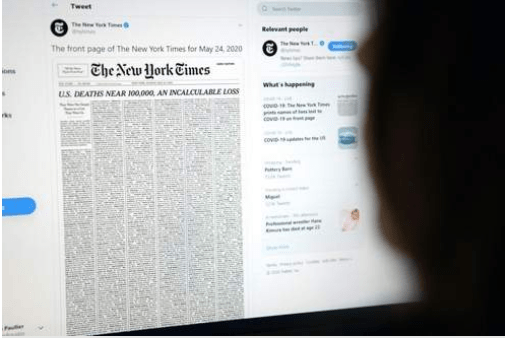 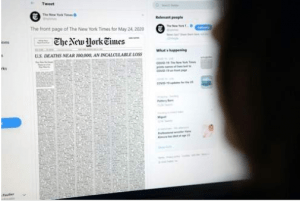 (AFP)— Unthinkable just a few months ago, the United States on Wednesday surpassed the grim milestone of 100,000 coronavirus deaths, as the pandemic tightened its grip on Latin America.

With the European Union unveiling a massive recovery plan to step up its emergence from the crisis, the US figure was a sobering reminder of the devastation being wreaked around the globe by a virus that only emerged late last year.

Confirmed US deaths stood at 100,396 late Wednesday, with nearly 1.7 million infections, according to the tally compiled by Johns Hopkins University.

Nevertheless, most US states moved toward reopening restaurants and businesses, cheered on by President Donald Trump, who is eager to see the economic pain of the crisis mitigated as he seeks re-election.

The US capital Washington will ease its lockdown from Friday.

Grim news came from across the Americas, as Brazil saw its death toll pass 25,000.

President Jair Bolsonaro is facing mounting criticism over his response to the health crisis.

The far-right leader has downplayed the seriousness of the pandemic and railed against stay-at-home measures, arguing the economic fallout risks causing more damage than the virus itself.

“The so-called second wave is coming: recession. It will affect everyone, without exception,” he wrote on Facebook.

“Difficult days, difficult weeks are coming because people are going to get sick,” said Pilar Mazzetti, who is helping to coordinate Peru’s coronavirus response.