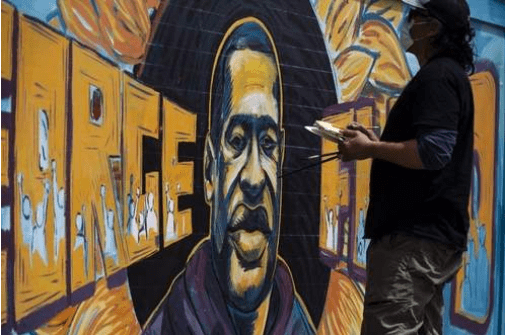 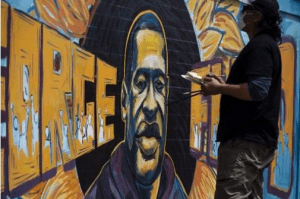 (AFP) — The UN rights chief on Thursday condemned the death in police custody of George Floyd, demanding that US authorities take “serious action” to stop the killings of unarmed African Americans.

“This is the latest in a long line of killings of unarmed African Americans by US police officers and members of the public,” Michelle Bachelet said in a statement.

“I am dismayed to have to add George Floyd’s name to that of Breonna Taylor, Eric Garner, Michael Brown and many other unarmed African Americans who have died over the years at the hands of the police,” she said.

The UN High Commissioner for Human Rights also pointed to “people such as Ahmaud Arbery and Trayvon Martin who were killed by armed members of the public.”

“US authorities must take serious action to stop such killings, and to ensure justice is done when they do occur.”

Her comments came after Floyd, a 46-year-old restaurant worker, died in the northern city of Minneapolis on Monday while in police custody, sparking angry protests.

A bystander video showed a handcuffed Floyd gasping for breath as a policeman pressed his knee on his neck after detaining him for allegedly using a counterfeit US$20 bill in a purchase.

After at least five minutes under the policeman’s knee, Floyd goes still. He was taken to hospital where he was declared dead.

“Procedures must change, prevention systems must be put in place, and above all police officers who resort to excessive use of force should be charged and convicted for the crimes committed,” Bachelet said.

The former Chilean president welcomed that US federal authorities would prioritise an investigation into the incident, but added: “In too many cases in the past, such investigations have led to killings being deemed justified on questionable grounds, or only being addressed by administrative measures.

“The role that entrenched and pervasive racial discrimination plays in such deaths must also be fully examined, properly recognised and dealt with,” she said.

The UN rights chief also addressed the protests that have erupted since Floyd’s death, calling for calm.

Demonstrators have clashed with police, looted stores and set fire to shops, with police reacting with tear gas and rubber bullets.

One person was also reported dead Thursday of a gunshot wound, with police investigating whether he was shot by a shop owner in the area hit by the most severe rioting.

“I urge protestors to express their demands for justice peacefully, and I urge the police to take utmost care not inflame the current situation even more with any further use of excessive force.”