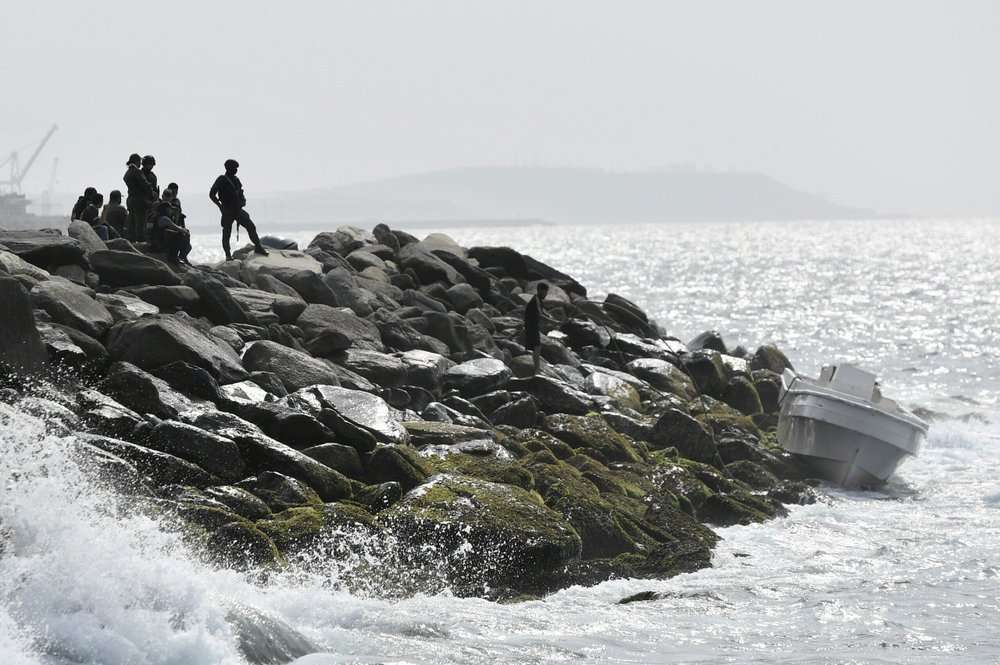 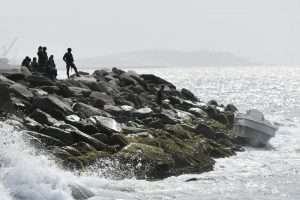 (AP) — It was mid-January and Jordan Goudreau was itching to get going on a secret plan to raid Venezuela and arrest President Nicolás Maduro when the former special forces commando flew to the city of Barranquilla in Colombia to meet with his would-be partner in arms.

To get there, Goudreau and two former Green Beret buddies relied on some unusual help: a chartered flight out of Miami’s Opa Locka executive airport on a plane owned by a Venezuelan businessman so close to the government of the late Hugo Chávez that he spent almost four years in a U.S. prison for trying to cover up clandestine cash payments to its allies.

The owner of the Venezuela-registered Cessna Citation II with yellow and blue lines, identified with the tail number YV-3231, was Franklin Durán, according to three people familiar with the businessman’s movements who spoke on the condition of anonymity for fear of retaliation. Durán over two decades has had numerous business ties with the socialist government of Venezuela, making him an odd choice to help a band of would-be-mercenaries overthrow Maduro, the handpicked successor of the late Chávez

Durán and his associates are now at the center of multiple investigations in the U.S., Colombia and Venezuela into how Goudreau, a combat veteran with three Bronze Stars but little knowledge of Venezuela, managed to launch a failed raid that ended with the capture and arrest of his two special forces colleagues.

Durán’s role and his closeness to top officials have revived allegations floated by opposition leader Juan Guaidó and U.S. officials that he was secretly working on Maduro’s behalf and had co-opted “Operation Gideon,” the name of Goudreau’s foiled plot.

“There’s financing here from the dictatorship,” Guaidó said in an interview following the raid with EVTV Miami, an online media outlet run by Venezuelan exiles. “A businessman, a front man closely linked to the host of the gossip show,” he said in reference to socialist party boss Diosdado Cabello, whose weekly TV program, fed by nuggets from Venezuela’s vast intelligence network that he controls, first aired in March the accusations of a planned attack by Goudreau.

Maduro has claimed that Guaidó, whose aides signed a 42-page agreement last year with Goudreau in Miami outlining a plan to take control of the country, was behind last month’s raid, with backing from the CIA or the Drug Enforcement Administration. However, Goudreau said he was never paid and the two sides angrily split. For its part, the Trump administration has denied it was behind the plot, with the president joking that had the U.S. been involved it would have gone very badly for Maduro.

The Associated Press on May 1 first broke the story of Goudreau’s bizarre plan to train a volunteer army made up of a few dozen Venezuelan military deserters at clandestine camps along the border in neighboring Colombia. They planned to attack military bases and ignite a popular uprising. Goudreau’s partner, in what some opposition leaders called a suicide mission, was retired Venezuelan army Gen. Cliver Alcalá, who had been living in Barranquilla after fleeing his homeland in 2018.

Alcalá surrendered to U.S. authorities in March after he was indicted on drug charges, just a few days after Colombian police seized a cache of weapons that the retired military officer said belonged to the rebel cadre he and Goudreau were readying to bring down Maduro.

But despite no overt U.S. support, a poorly-trained force that stood no chance against Venezuela’s sizable military and indications that Maduro’s spies had infiltrated the group, Goudreau nonetheless pushed ahead with his plans.

On May 3 — two days after the AP article — he appeared in a video from Florida claiming that a few dozen “freedom fighters” he commanded had launched a beach raid to enter Venezuela and capture Maduro. The invaders were caught almost immediately and the embattled leader paraded on state TV the American combatants as evidence of a U.S.-backed coup attempt. The raid has been widely ridiculed on social media as the “Bay of Piglets,” in reference to the 1961 Cuban fiasco.

Why the plan went forward remains a mystery. But much attention has now shifted to the role of Durán and his brother Pedro.

Both men were quietly arrested Sunday in Venezuela, although Pedro was later released, according to Edward Shohat, Franklin Durán’s Miami-based lawyer. The government has yet to comment on the arrests and has not indicated if it intends to charge either with a crime.

The story of Goudreau’s flight aboard Durán’s plane was first reported by the PanAm Post, a conservative online publication run by mostly Venezuelan exiles from Miami.

According to Colombian flight documents the PanAm Post shared with the AP, the Jan. 16 trip was chartered by Servicios Aereos Mineros (SERAMI), a for-hire airline that started in the gold-producing Venezuelan state of Bolivar.

An aviation industry executive confirmed the authenticity of the documents and said SERAMI was used by the Durán brothers to charter their frequent flights between Colombia and Venezuela.

The person said Franklin Durán would frequently travel to Barranquilla — passenger manifests provided to the AP show he made at least four flights between the two countries between November 2019 and January 2020 — to bring back food and other supplies to Venezuela, where U.S. sanctions and years of mismanagement have stripped store shelves of many goods.

SERAMI is partly owned by Juan Carlos Ynfante, according to two people familiar with the company. Ynfante was arrested last year in Grand Cayman island for piloting an aircraft with $135,000 in undeclared cash. Ynfante was also named as SERAMI’s president in a 2008 U.S. federal forfeiture case in which a plane with the company’s logo was seized in Ft. Lauderdale trying to smuggle 150 kilograms of cocaine.

In addition to Goudreau and Durán’s two longtime pilots, passengers on the mid January flight included Luke Denman and Airan Berry — two of the former Army veteran’s colleagues from the 10th Special Forces Group in Stuttgart, Germany, where he was based before retiring from the U.S. Army in 2016. The two Texas natives have said in videotaped confessions that they believed Goudreau’s company, Silvercorp USA, had been hired by Guaidó.

Its unclear why the men traveled on the plane to Colombia or if Durán even knew about it. Goudreau hung up when contacted by the AP on Wednesday. He did not respond to a text messages asking about the flight.

Also on the flight was Yacsy Álvarez. The would-be insurgents in the Colombian camps described the 39-year-old as a trusted aide to Alcalá who also worked for Durán.

One volunteer soldier said that when he needed to fly for meetings between Bogota and Barranquilla it was Álvarez who would purchase his tickets. On other occasions, he would electronically transfer her via Zelle, the digital payments network, small amounts of money he had collected from friends and family to feed the ragtag army. Denman, in his jailhouse statement, said it was Álvarez who drove him and Berry from Barranquilla to a rustic camp where the rebels were training.

Álvarez was named in 2017 director of Industrias Venoco de Centroamerica, two years after the company was registered in Panama. The company is a subsidiary of Industrias Venoco, a once market-leading auto lubrication manufacturer that Durán controlled before it was nationalized by Chávez in 2010.

Durán at the time he lost Venoco was serving out a 4-year sentence in the U.S. for acting as an unregistered agent of Chávez. The firebrand leader had sent Durán to pressure businessman Alejandro Antonini, who was implicated in the so-called “Suitcase Scandal” when an attempt to smuggle $800,000 in cash to the 2007 campaign of former Argentine President Cristina Fernandez aboard a chartered aircraft was caught.

During the trial, prosecutors pointed out that Durán used to carry a badge identifying him as a Venezuelan naval intelligence officer. The men urged their one-time friend to take the fall and stay quiet but unbeknownst to them Antonini was cooperating with the FBI and recorded their conversations.

Upon Durán’s release in 2011 and return to Venezuela, a legal battle with the Venezuelan state to reclaim Venoco ensued. Durán maintained a low profile while he received treatment for cancer. Eventually some of Venoco assets, including the brand name, were returned to him, including a unit in Barranquilla. His brother, going by the artistic name Pedro “The Voice,” tried to develop a career singing salsa.

Durán was also the founder of Ruibal & Durán, a company that used to sell bulletproof vests and other equipment to Venezuela’s security forces — gear that would’ve been valuable to an invading army.

He and his brother were also close to Alcalá. Photos circulating on social media show Pedro Durán and Alcalá together including one where the two are sitting casually around a dining table with the army general sporting a Venoco t-shirt.

Franklin Durán’s U.S.-based attorney on Wednesday declined to discuss what, if any relationship, he had with Goudreau or to discuss the January flight.

But Durán appears to have never wavered in his support of the anti-imperialist revolution to which he owed his fortune.

“I’m a man of principles and convictions, which were put to the test when they tried to force me to accept a set-up against the institutions of Venezuela,” he wrote in a public letter from his Texas prison cell in 2010. “Despite all the weight of the empire’s media, and having spent more than nine months in solitary confinement, I never gave up my values.”