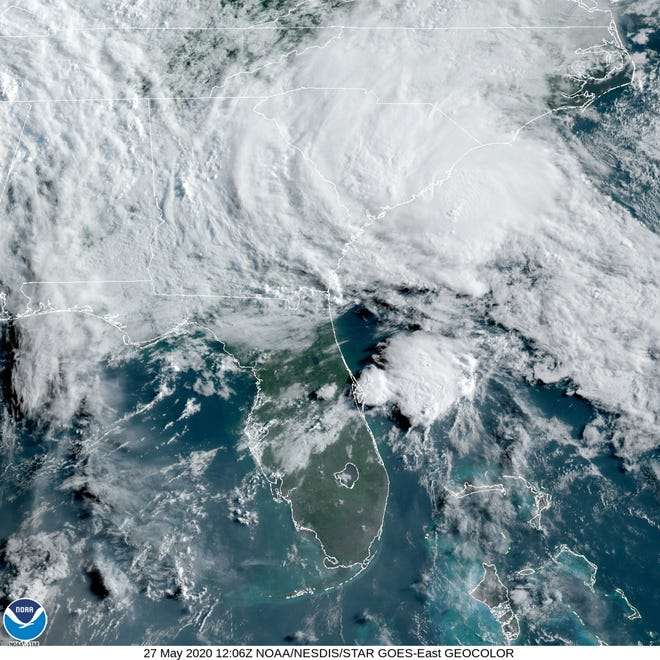 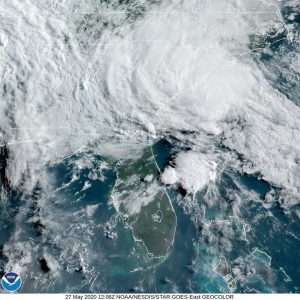 A tropical storm warning had been put in place for much of the South Carolina coast.

The main impact from Bertha will be heavy rain, the National Hurricane Center said, primarily in portions of South and North Carolina and Virginia. Up to 8 inches of rain is possible in some areas, AccuWeather said.

Bertha’s maximum sustained winds were near 50 mph but it was expected to weaken to a tropical depression after moving inland.

Along America Street in Charleston, residents awoke Wednesday to an intersection that had become a water-filled canal. Cars parked on the curb had water up to their doors, The Post and Courier reported.

The storm was centered about 20 miles east of Charleston, South Carolina, and was moving northwest near 9 mph.

Miami recorded 7.43 inches of rain over the holiday weekend. West Palm Beach shattered its daily rainfall record Monday when 4.44 inches poured down. Fort Lauderdale also recorded a new record rainfall on May 25, with a total of 4.03 inches.

Bertha follows on the heels of Tropical Storm Arthur, which brushed the North Carolina coast last week. This is the first time since 2012 that two named storms have formed in the month of May, according to Houston-based meteorologist Matt Lanza.