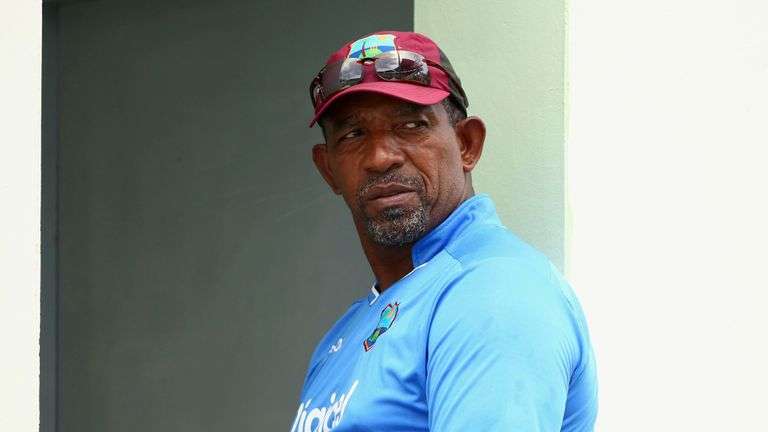 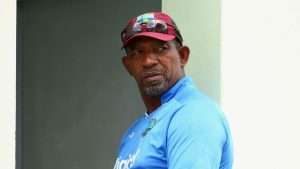 (CMC) — West Indies’ slump in the world Twenty20 (T20) rankings is of little concern to head coach Phil Simmons, but believes it can work to his side’s advantage if the T20 World Cup comes off in Australia this October.

Since winning the T20 World Cup under Simmons four years ago in India, the Caribbean side have slid down the rankings and now lie ninth only above minnows Afghanistan, Zimbabwe and Ireland.

“In a way it’s nice [to be so low in the rankings], you might get a few of the big teams taking their eyes off us and they all know that’s a dangerous thing to do,” Simmons told i95FM Sports here.

“I don’t think the ranking means anything at the end of the day. I think our squad showed what it can do in those T20s in Sri Lanka [last March] and it’s a case where it was a squad that was just getting together, and you could add the fact it was a squad without Evin Lewis.

“We know each other’s game in this format and I think the time period we’ll have we’ll make the best use of it to get ourselves ready, and I hope some of the bigger teams take us for granted as we won’t have much work under our belts.

“But I don’t think they will; they know what we’re capable of.”

As it stands, however, doubt surrounds the T20 World Cup due to the outbreak of the COVID-19 pandemic, which has halted cricket across the globe.

The tournament is scheduled for October 18 to November 15 but the International Cricket Council is yet to make a decision on whether to postpone the showpiece.

And while conceding that the lockdown in the Caribbean because of the virus would hurt the side’s preparation, Simmons pointed out the experience in the squad would prove the ideal buffer.

“I think the only disadvantage it [lockdown] places on West Indies is how much work the guys are able to do before we go there (World Cup) – if it’s happening,” the Trinidadian explained.

“I think once we get there, T20 is the one format where the squad that we have would be able to get themselves in that position where we will be able to play to our standards in a shorter space of time than maybe the Test players would.

“I think the squad for the T20s is more seasoned than the younger squad in Test cricket.”

The lockdown across the Caribbean has put in danger several international tours, especially with South Africa and New Zealand expected to arrive in the Caribbean for multi-format series in July and August.

South Africa is of special significance to West Indies’ T20 World Cup preparation, with five T20 Internationals scheduled at the back end of the series in August.

Critically, the Caribbean Premier League, scheduled to start in August, is also under the microscope, though organisers have pushed ahead with planning.

Simmons, who oversaw Barbados Tridents’ capture of the 2019 title, said it would be a boon for West Indies if the tournament was able to be played.

“It (CPL) is an important part of selection for the West Indies squad and if a safe environment for it can be found and it can be played, it would be massive help for the players who would then be selected in the squad to go to the World Cup if it’s on,” Simmons noted.

“They would’ve been playing T20 cricket — though it is only CPL and not the international games — and that would be an amount of match practice they would be getting from it.”