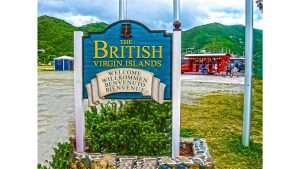 (LOOP NEWS CARIBBEAN) – The Government of the British Virgin Islands is being criticised for refusing to allow citizens to return home.

During a press briefing on Tuesday, Opposition Legislator Julian Fraser said the government’s position on citizens stuck in other countries as unconstitutional.

Section 18 (1) of the Virgin Islands Constitution says a person who belongs to the Virgin Islands or on whom residence status has been legally conferred, shall not be deprived of his/her freedom of movement, including the right to enter and leave the territory.

The constitution also states that: “The imposition of restrictions on the movement or residence within the Virgin Islands or on the right to leave the Virgin Islands of persons generally or any class of persons that are reasonably justifiable in a democratic society in the interests of defence, public safety, public order, public morality or public health.”

However, Fraser said the government has had ample time to put measures in place, and secure the safe return of citizens who are stuck in other countries.

He said leaving them out there is unconscionable.

“Can you imagine leaving home and going overseas and can’t come back home, not to mention the many things that you left here that require your attention. No government should be allowed to get away with this, definitely not for this long.”

Fraser, who is the representative for the Third Electoral district, said there are people who left the territory to seek medical attention and are longing to return home.

Meanwhile Premier Andrew Fahie who is also responsible for the territory’s air and sea ports said the government hasn’t yet decided whether or not repatriation flights will be provided to return citizens to the BVI.