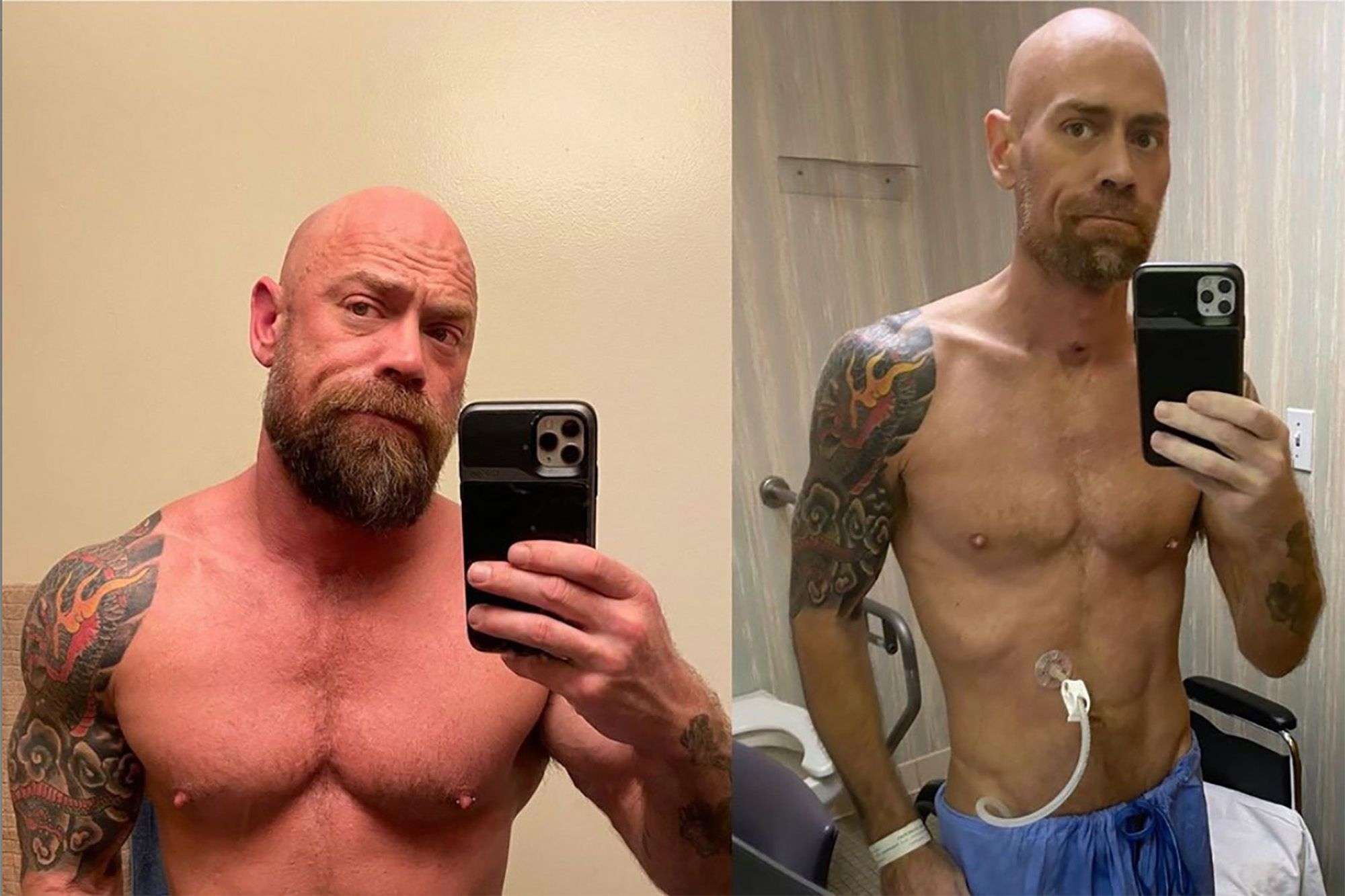 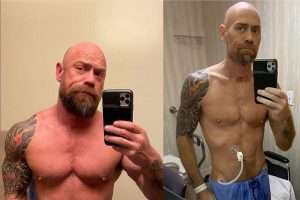 (NEW YORK POST) – A 43-year-old California man has shared a shocking photo of the toll the coronavirus has taken on his strapping body — turning it into an emaciated shell during his six-week stay in a hospital, according to a report.

Mike Schultz, 43, a nurse from San Francisco with no underlying health conditions, weighed about 190 pounds when he pumped iron almost every day, according to BuzzFeed News.

But after dropping 50 pounds amid the ravages of COVID-19, Schultz decided to share two images to his 30,000 Instagram followers — one taken about a month before he fell ill, the other snapped at a Boston hospital.

“I wanted to show it can happen to anyone. It doesn’t matter if you’re young or old, have pre-existing conditions or not. It can affect you,” Schultz told BuzzFeed.

“I knew what I thought going in [about the coronavirus]. I didn’t think it was as serious as it was until after things started happening,” he said. “I thought I was young enough for it not to affect me, and I know a lot of people think that.”

Schultz said he was exhausted just standing up briefly to take the harrowing photo.

“I was so weak. This was one of the most frustrating parts,” he told the news outlet. “I couldn’t hold my cellphone — it was so heavy. I couldn’t type, because my hands shook so much.”

Schultz, who went to the hospital March 16, also had completely lost track of time, saying: “I thought only a week had gone by.”

He arrived in Boston to visit his boyfriend, Josh Hebblethwaite, 29, on March 14 — a week after they had traveled to Miami Beach for a festival where at least 38 people later tested positive for the illness and three men died, BuzzFeed reported.

“We knew it was out there,” Schultz said. “There were no real restrictions in place, though. No lockdowns. We just thought, ‘Well, we gotta wash our hands more and be wary of touching our face.’”

A couple of days after arriving in Beantown, Schultz began feeling very sick and headed to a hospital. He had a 103-degree fever and his lungs were filled with liquid.

“They took him right in and didn’t let me stay to say goodbye,” Hebblethwaite said

Schultz was given oxygen and was then sedated.

“One of the doctors said early on I was probably going to be intubated, and it freaked me out,” he told BuzzFeed.

Schultz was later transferred to a larger hospital, where he was intubated for four and a half weeks.

“There was no one else around, and I would be the one to make decisions for him,” he said. “It was definitely scary.”

He added: “About four weeks in, the nurses were nice enough to FaceTime with him. It was pretty much like he was in a coma. It was definitely scary. But I was so happy to see him at that point.”

Schultz said he and Hebblethwaite have been assailed online for attending the party in Florida — with some even saying he deserved to get sick.

“The negative stuff bothers me,” he said, “but it doesn’t bother me that much, because I’ve gotten so much positive feedback.”

Meanwhile, Schultz has finally been released from the hospital and said he relished the two double cheeseburgers, small fries and strawberry shake he ordered at McDonald’s.

“It did taste different. I think lost some of my taste,” he said, “but it was good.”