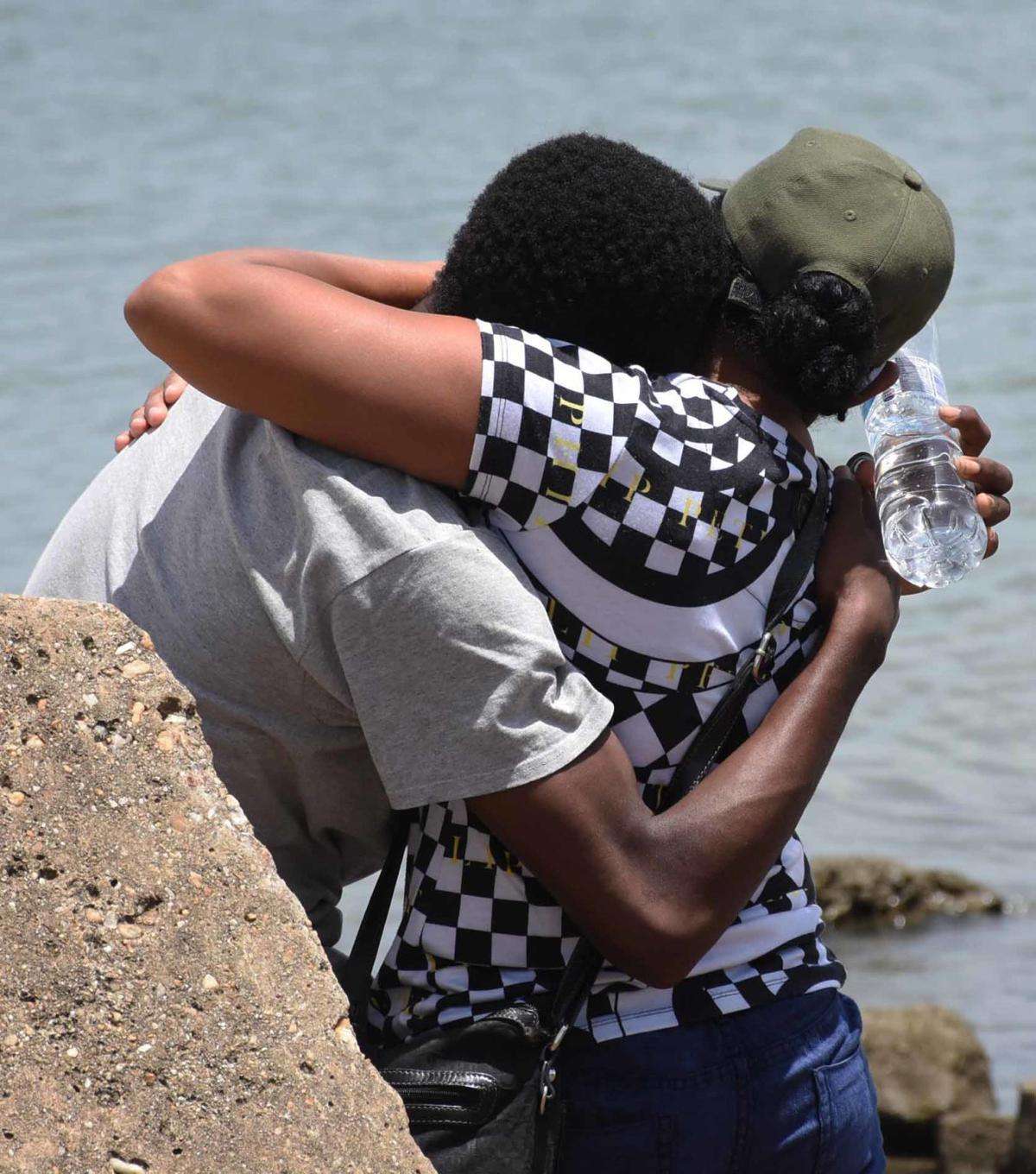 (TRINIDAD EXPRESS) – The grandmother of teenager Iverson Thomas, who is feared drowned at a beach in Pointe-a-Pierre, has hired a private boat and diver to search for him.

Anne Frederick said she was disappointed that the T&T Coast Guard officers had not resumed the search at daybreak on Thursday.

And she contacted fishermen at King’s Wharf, San Fernando, to ask for assistance.

“I came here at 6.15am and there was no one searching. We went to King’s Wharf and hired a boat. A relative brought in a diver and we started searching the area. The coast guard is expected to come in a little later but we already started,” she said.

Thomas, a pupil of Marabella North Secondary School, got into difficulties while bathing at Flower Pot beach on Tuesday.

His friend contacted the police and the T&T Coast Guard began searching the area.

Frederick said family members had gathered at the beach hoping to find her grandson. But up until midday on Thursday he was not found.

Frederick told the Express that Thomas had gone to the beach with his 19-year-old friend.

“They swam into the water and my grandson got into difficulties. his friend tried to help him but couldn’t and came out trying to get help,” she said,

Thomas lived with his father and two siblings at Plaisance Park, Pointe-a-Pierre.

Relatives said it was not unusual for the teenagers to walk to the beach as it was close to their homes.

Frederick said, “This is a normal thing for them. They have been doing this since they were children and we were not very worried.”

Frederick said the teenager’s parents were distraught as he was very ambitious and had a bright future.

She said Thomas loved information technology and wanted to become a banker.

Frederick said the family would remain at the beachfront until her grandson is found.

“This is very heartbreaking for all of us. We cannot sit at home and wait. We need to be here. And we will do everything to can to find him,” she said.