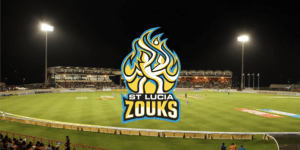 Williams was their standout bowler with 12 wickets in 10 games while Cornwall was their top run getting, scoring 254 in 10 innings at a strike rate of 190.97.

Their signings, as previously announced are the experienced Chris Gayle and teenager Kimani Melius.

The Zouks finished 5th in the group stage in 2019, winning just three of their 10 games.

CPL is scheduled to take place between August 19th and September 26th but organisers are watching the current situation with COVID-19.

A decision on whether the tournament can proceed as planned, or at a different time, will be made as soon as possible. (103.1FM)