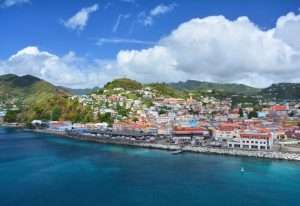 PR – The International Monetary Fund (IMF) is predicting economic growth of 6.25% for Grenada in 2021.

The projection is contained in the latest IMF Country Report on Grenada, issued after the IMF Executive Board recently approved the disbursement of US $22.4 million for Grenada under the Rapid Credit Facility, to help the country deal with the economic impact of COVID-19.

In its report, the IMF noted that Grenada’s economy “enjoyed a favourable multi-year macroeconomic performance prior to the COVID-19 outbreak”, with growth averaging “almost 5 percent in 2014-19, well above the 20-year historical average of 23⁄4 percent”.

The report identified tourism, construction and agriculture as the sectors that supported this growth and it acknowledged that prior to the pandemic, “Grenada’s key macro-economic indicators were expected to remain broadly at 2019 levels.”

While revised projections suggest a sharp decline in growth given the considerable impact on tourism, the IMF said, “the projections assume a modest recovery beginning in Q4 2020 leading to a perceptible rebound in 2021, when the economy is projected to grow by about 61⁄4 percent”.

The IMF report also noted that “given the strong prior fiscal position, the Government financing situation looks manageable if the fiscal liquidity is well-protected and extreme shock scenarios do not materialise”.

Prime Minister and Minister of Finance, Dr. the Right Honourable Keith Mitchell has welcomed the IMF projections saying, “it is reflective of the level of confidence in Grenada’s economy and the country’s future, based both on Government’s management of the economy and the level of economic activity that is expected, primarily in the construction sector with several major public and private sector investments underway, as we re-open that sector for activities.”