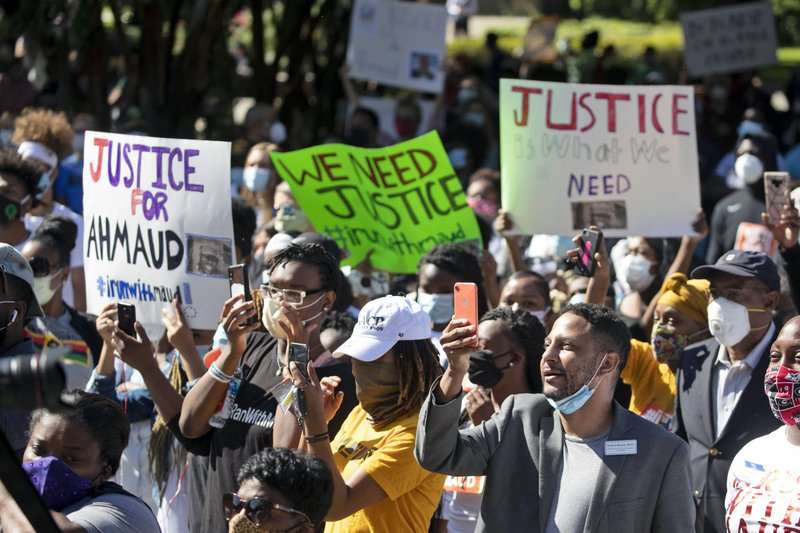 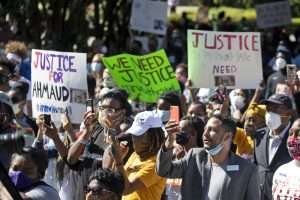 (AP) — Days before Ahmaud Arbery was pursued by two white men and fatally shot after being spotted inside a home under construction, neighbors — including one of the suspects — reported an earlier encounter with a person wandering through the open-framed structure.

Owner Larry English found nothing stolen from the site where he’s building a home in the Satilla Shores subdivision where 25-year-old Arbery was slain Feb. 23, English’s attorney said Wednesday. But she said there had been “four or five” instances in which unauthorized people entered the property before Arbery was shot.

“Nothing was ever taken from the English property,” attorney J. Elizabeth Graddy said in a statement Wednesday. She added that “Mr. English is deeply distressed by Mr. Arbery’s death.”

Graddy also shared security camera video from the home site taken Feb. 11, less than two weeks before the shooting, that briefly shows a man walking inside the structure. She said English has been unable to find security video from the prior instances.

Attorneys for Arbery’s family have said a man caught on security video from English’s home immediately before the shooting Feb. 23 was Arbery and the footage shows he committed no crime. It’s unknown whether it’s also Arbery in the newly released video taken 11 days earlier.

Travis McMichael, one of the two men charged in Arbery’s death, called 911 on Feb. 11 to report what he considered to be a suspicious man at the construction site, according to audio obtained by The Atlanta Journal-Constitution.

“I was leaving the neighborhood and I just caught a guy running into a house being built,” McMichael said during the 911 call, according to the newspaper. “When I turned around, he took off running into the house.”

“We’ve been having a lot of burglaries and break-ins around here lately,” McMichael told the operator.

English lives far from where the home is being built just outside the port city of Brunswick, 70 miles (110 kilometers) south of Savannah. Graddy said the night of Feb. 11 he received an alert when motion inside the construction site triggered a security camera. English sent a text message to a neighbor, Diego Perez, asking him to check on the house.

According to Graddy, the neighbor soon sent English a text: “The police showed up and we all searched for a good while. I think he got spooked and ran after Travis confronted him. Travis says the guy ran into the house. Let me know if he shows up or if they find him.”

Travis McMichael lives near the home English is building. He is charged with felony murder and aggravated assault, accused of firing the three shotgun blasts that struck Arbery at close range. His father, former police officer and district attorney’s investigator Gregory McMichael, also has been jailed on the same charges. As of Wednesday afternoon, no attorneys had filed notice with Glynn County Magistrate Court that they were representing the McMichaels.

English declined to comment to The AP when reached by phone Wednesday, instead referring a reporter to his attorney.

Arbery’s mother, Wanda Cooper-Jones, has said her son was merely jogging through the subdivision at the time. He lived with his mother roughly 2 miles (3.2 kilometers) from the subdivision where he was shot.

More than two months passed before the McMichaels were charged in the case. They were arrested last week soon after the Georgia Bureau of Investigation began looking into the case and cellphone video of Arbery’s killing leaked online, causing a national outcry.

According to an incident report by Glynn County police, Gregory McMichael, 64, said he and his son armed themselves and chased Arbery in a pickup truck after seeing him run down their street. Gregory McMichael told police he suspected Arbery was a burglar, and said he attacked McMichael’s 34-year-old son before the younger McMichael shot him.

“Even if something had have got stolen from my property and it had been Ahmaud, I wouldn’t have wanted him to have lost his life for it,” English told CBS This Morning.