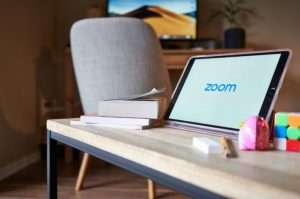 (TRINIDAD GUARDIAN) – The Tobago arm of the T&T Police Service’s Child Protection Unit is now investigating an incident in which pornography was flashed on the screen during an online Zoom class being facilitated by a Bishop’s Anstey High School teacher yesterday, forcing an abrupt end to the session.

The incident first came to light after Tobago East MP Ayanna Webster-Roy vented her frustration on Facebook about it, as her daughter was part of the class.

According to reports reaching Guardian Media, a female Bishop’s High teacher was conducting an online math class with some 25-30 students from various Second Form classes, when the incident happened 30 minutes in.

One of the participants with the screen name “Child of God” reportedly began playing pornography. The teacher then stopped the lesson and muted all microphones and cameras before appealing to the individual to be “respectful.”

Guardian Media understands that after the student allegedly shared the pornographic material, the teacher then tried to resume the math class.

The student allegedly repeated the act and began hurling abuse laced with obscene language at the teacher. The teacher then ended the session abruptly. Two students who witnessed the incident corroborated the report to Guardian Media.

Webster-Roy told parents to “get a grip.” The post was shared by dozens of people online and many made comments ranging from shock to outrage.

One of the comments came from the parent of a child at the Signal Hill Secondary School.

Another contributor added: “I was totally disgusted with what the Spanish teacher sent me what was shared on the screen and it was not the first time.”

Responding to one of the posts on her page, Webster-Roy added: “If my children put God out of their thoughts and try that foolishness bet the Children’s Authority will pick me up.”

Attempts to reach Bishop’s High principal Cindy Ramnarine for a comment on the matter were unsuccessful yesterday, as calls to her cellphone went straight to voicemail.

However, she said if the incident is true “it’s totally unacceptable” and promised to look into the matter and respond within an hour. However, follow-up calls to confirm whether or not investigations had been conducted were unanswered.

But Tobago Regional PTA president Denise Nelson-Frank confirmed they had begun investigations into the matter and noted it will not be taken lightly.

Meanwhile, head of the T&T Police Service’s Child Protection Unit Tobago Dexter Miller said they were aware of the incident and had started an investigation. He said the software used to conduct the sessions is very vulnerable.

“Zoom is very hackable. We told the Ministry of Education that they need to look into Zoom.

“We are trying to advise the ministry to advise parents and or teachers that are keeping online classes to avoid Zoom as much as possible,” Miller said.

According to Miller, the unit had also received reports of someone putting up a picture of a male genital during a class.

He assured that the police would contact the teachers involved in the incidents to get more information. Guardian Media was told sites like WebEx, IBM Cloud Video and GoToMeeting were more secure than Zoom.

Contacted yesterday on the issue, Education Minister Anthony Garcia assured that the ministry’s two e-online platforms for teaching are safe and are being “policed” by vigilant officials.

“Only teachers can upload material and create courses on the platforms and we ensure this by verifying that every teacher utilises the ministry’s email address which ends with sac.edu.tt.”

Asked to comment on the incident and the consequences for persons found to be engaged in uploading pornographic content to online learning platforms, Garcia said: “They are doing that of their own volition. They can do that from their homes and it means that parents have to exercise vigilance.

Garcia said similar issues were being reported in some of the other Caribbean territories.