Forecasters Say 2020 Hurricane Season Will Be More Active Than Normal 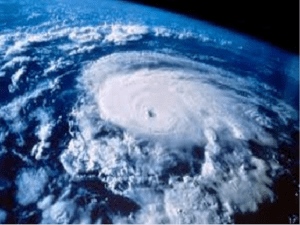 (CMC) — A few weeks before the official start of the 2020 Atlantic Hurricane Season, forecasters at the US-based Colorado State University (CSU) are warning that the six-month period will be more active than normal.

The CSU Tropical Weather Project team said it anticipated at least 16 named storms with gusts over 100 km/h or more, eight hurricanes and four major hurricanes with winds of more than 180 km/h on the hurricane Saffir-Simpson wind scale.

“We anticipate that the 2020 Atlantic Basin hurricane season will have above-normal activity,” said Dr Phil Klotzbach, who heads the team, noting that “this is above the 30-year average of 12 named storms, six hurricanes and three major hurricanes.”

The CSU outlook is based on more than 30 years (1981 – 2010) of statistical factors combined with season data showing similar characteristics of sea level pressure and sea surface temperatures in the oceans Atlantic and eastern Pacific.

In 2019, the CSU had correctly predicted that the hurricane season would be slightly below the average based on 1981-2020 data.