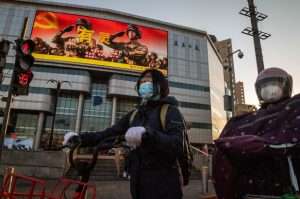 (NEW YORK POST) – China is working on keeping a lid on information coming out of Wuhan about the coronavirus pandemic, warning lawyers not to help people sue the government and interrogating mourning family members of those stricken – as critics of the response disappear, according to a report.

As part of the crackdown, the Communist Party propaganda has portrayed the dead as martyrs rather than victims and censors have removed early news reports that exposed Beijing’s efforts to hide the severity of the outbreak, the New York Times reported.

“They are worried that if people defend their rights, the international community will know what the real situation is like in Wuhan and the true experiences of the families there,” activist Yang Zhanqing told the newspaper.

Yang, who is living in New York after he was detained briefly in China, said Wuhan residents who lost loved ones to COVID-19 reached out to him via text to seek his help to sue the government.

But after weeks of communication, Yang said the seven people suddenly changed their minds or quit responding late last month.