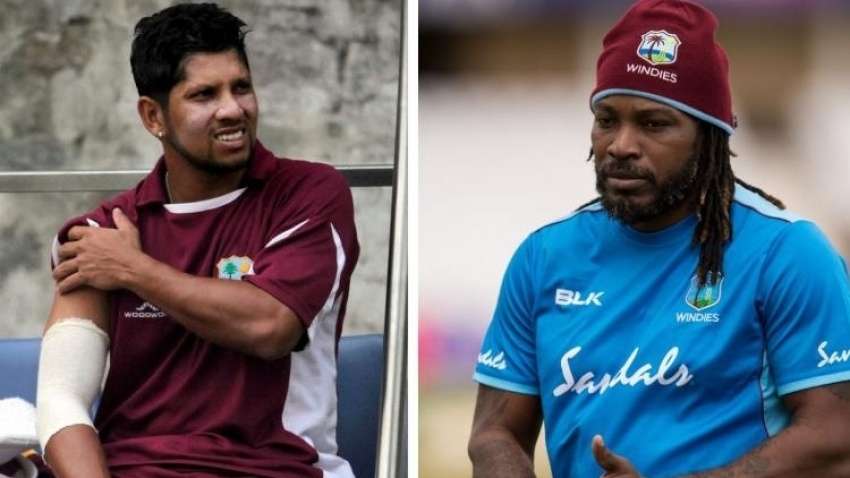 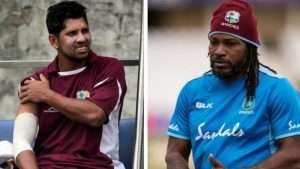 sportsmax.tv – Ramnaresh Sarwan has vehemently denied having anything to do with the Jamaica Tallawahs’ decision not to retain for the upcoming 2020 Hero CPL and that he encouraged the Tallawahs’ overseas players to disrespect him.

“I absolutely reject Gayle’s allegation that I encouraged foreign players to disrespect him, I really do not understand how he came to such a conclusion and this simply is not true,” Sarwan said, adding that Gayle’s allegations have hurt him and his family.

Sarwan was responding to comments made by Gayle in three videos posted on Youtube on Monday, April 27. In those videos, Gayle alleged Sarwan helped orchestrate his departure from the team.

In a lengthy statement released on Thursday, Sarwan said he wanted to set the record straight.

“I categorically deny any involvement in the decision or the decision-making process, which led to Gayle’s non-selection to represent the Jamaica Tallawahs in the 2020 Caribbean Premier League (CPL) Tournament,” Sarwan said.

“In fact, the management of the franchise itself has issued a public statement that, “the truth is that this decision was made collectively by the Ownership and Management team which did not include Mr. Ramnaresh Sarwan and based purely on business and cricketing reasoning.”

“In that video, he has levelled false allegations and tarnished the good name and reputation of a series of persons. I was the focus of most of the onslaughts,” the former West Indies middle-order batsman said.

One of those occasions occurred in January 2016, in the infamous ‘dont’t-blush-baby’ incident involving Australian female sports journalist Mel McLaughlin.

“Let me make it abundantly clear, I have played with Gayle from the inception of my international career and I have always respected him as an extraordinary talent, a colleague and most importantly, a close friend,” Sarwan said.

“Hence, my utter shock by these scandalous allegations. He was welcomed in, and is loved by my immediate family and has hurt them terribly.

“Fans will recall, that when Ian Chappell called for Gayle to be banned from international cricket because of remarks he made to a female journalist, I issued a public call for fans to rally around Gayle. I stood up for him on every such occasion.”

In the videos released on Monday, April 27, Gayle said Sarwan was responsible for having him sent home from Barbados when the two shared a room while playing youth cricket in 1996.

Sarwan said that was a total fabrication by the self-proclaimed Universe Boss.

“Gayle refers to an incident as far back as 24 years ago. He claimed that I caused him to be sent home from Barbados during a tour because he was watching television all night in the room which I shared with him. This is a total fabrication, no competent management would remove him from a series, a player of Chris’s calibre on such a trivial allegation,” Sarwan reasoned.

The beleaguered Guyanese then explained his pathway to the head coaching position of the Jamaica Tallawahs, emphasizing that he deferred the position in 2018 when he was first offered the job.

“I have been officially attached to the Jamaica Tallawahs since 2018. I was first offered to play for the side. I refused because I felt that young and upcoming Jamaican and regional talents as well as overseas players, ought to be given that opportunity,” he explained.

“I was then offered the position of Head Coach but deferred to Mark O’Donnell, who was with the team several years prior.

Instead, I accepted the position of Assistant Coach. In 2019, I was appointed Head Coach.”

He said when he was appointed he reached out to Gayle and discussed with him, the selection of a team.

“I did so out of respect for him. In my conversation with Gayle about the team, he informed me that Donovan Miller, a Jamaican and a very close friend of Chris, should be appointed Head Coach as he would better understand the culture of the Jamaican players,” Sarwan said.

“I conveyed Gayle’s view to the CEO, informing (him) that I would be happy to step aside for Miller’s appointment, given that Chris feels strongly about his appointment.

“My priority was what would be in the best interest of the team. Gayle is fully aware of the background, yet he accuses me of fighting to be Head Coach.”

Sarwan said he stands his decision to impose curfews on the players, something Gayle scoffed at in his videos.

“I accept full responsibility for my recommendation, that the team management considers imposing a curfew on players prior to matches, I stand by that decision,” Sarwan said.

“Such restrictions are standard operational procedures in almost every international sport so that when it is time for performance on the field, the players are physically and mentally prepared for the challenges. In any event, the curfew was never implemented, so I do not understand why Gayle has made this an issue.”

Sarwan said he wished Gayle the best for the coming CPL season when the Universe Boss will suit up for the St. Lucia Zouks.