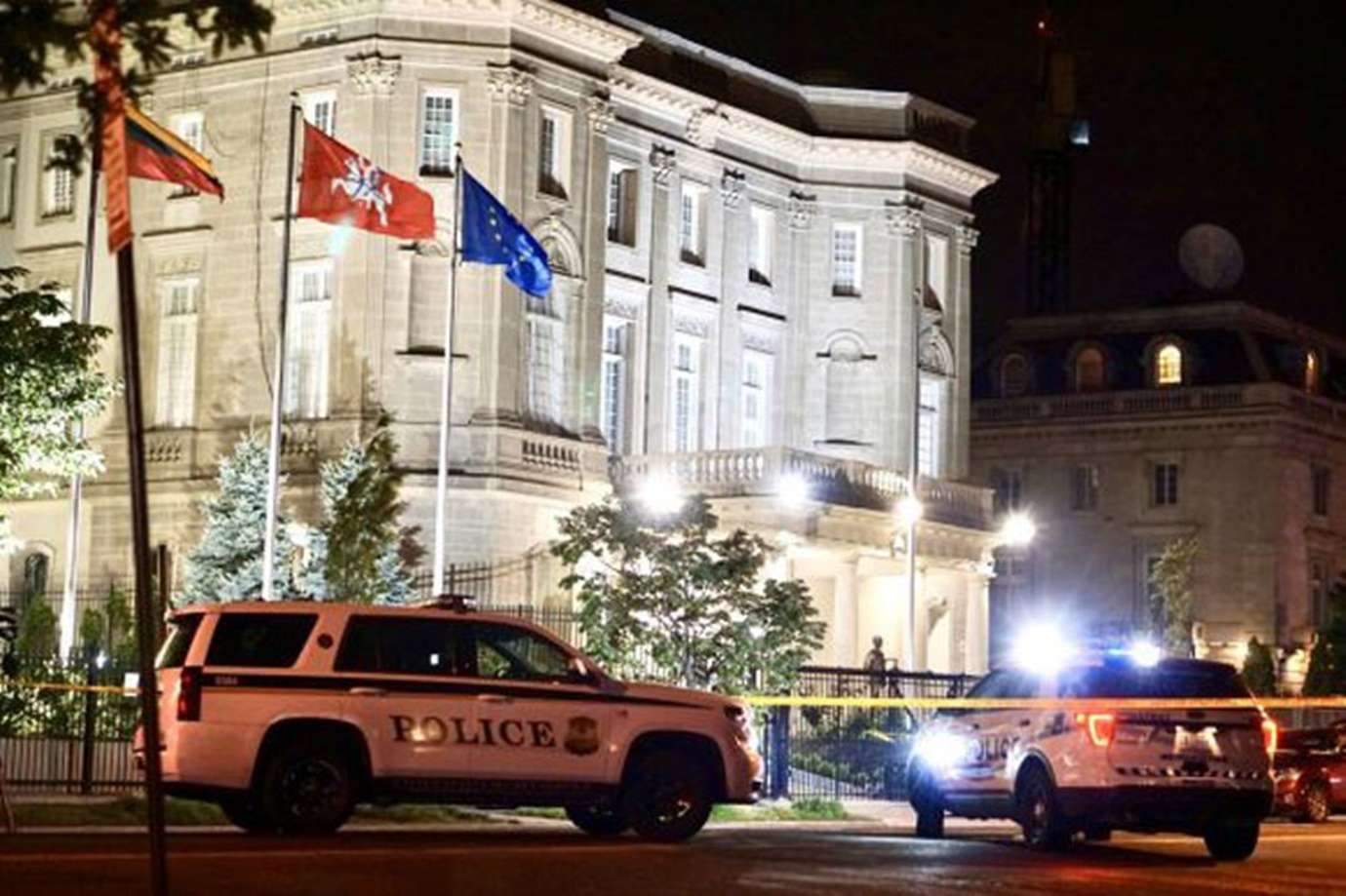 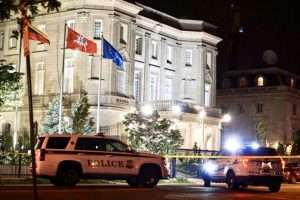 Officers with the Metropolitan Police Department were called to the scene around 2 a.m. after neighbors reported hearing gunshots in the area. The suspect, whose name has not been released, was arrested without incident just moments later.

No injuries were reported, but Cuban authorities said there was some “material damage” to the front of the building.

“Cuba is waiting for the investigation by U.S. authorities on the identify and motives of the individual who carried out this aggression and the circumstances surrounding the event,” the country’s Foreign Ministry said in a statement.

The alleged shooter was charged with possession of an unregistered firearm and ammunition, assault with intent to kill and possession of a high-capacity magazine, according to the U.S. Secret Service. The person’s motive was not immediately known.

At least one witness who posted about the attack on Twitter described the shooter as a man who was wrapped in an American flag. The Washington Post said the suspect apparently drove an SUV that had a small decorative American flag attacked to the back of the car.

“Cuba’s embassy in US was the target of armed attack by unidentified individual,” Rodríguez wrote on Twitter hours after the shooting.

“It is the responsibility of States to protect diplomats accredited to them and their facilities,” he added.

The Metropolitan Police Department did not return a request for additional information Thursday morning.