‘Dead’ Coronavirus Particles May Cause Recovered Patients To Test Positive 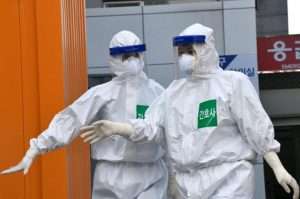 (NEW YORK POST) – South Korean health officials said recovered coronavirus patients who later tested positive again only did so because “dead” virus particles remained in their bodies — not because they became reinfected.

A total of 292 people in the country who were cleared of the deadly bug later tested positive for COVID-19 again — a phenomenon that initially puzzled officials, the Korea Centers for Disease Control and Prevention said, according to a report in Newsweek.

But they’ve now determined that residual fragments of the virus are likely responsible.

“RNA fragments still can exist in a cell even if the virus is inactivated,” said Oh Myoung-don, who heads the KCDC’s clinical committee for emerging disease control, Newsweek said.

“It is more likely that those who tested positive again picked up virus RNA that has already been inactivated.”

Still, there are some concerns about South Korea’s positive retests as the number of second-time diagnoses has steadily risen. Two weeks ago, repeat diagnoses accounted for about 2 percent of the country’s recovered patients. By Wednesday, the number had risen to 2.7 percent, and 3.4 percent among children.

Preliminary tests released by the KCDC on April 17 determined that those patients re-tested positive an average of 13.5 days after being cleared and discharged from isolation — although the time spanned as long as 35 days, the report said.

Scientists studied 137 of the initial cases and reported that 61 of the patients showed mild symptoms, 72 were asymptomatic and four others were still being studied.

However, health officials said there was no indication yet that those patients had spread the virus to others.

“Contact tracing on these re-positive cases is also underway to identify the possibility of secondary infection,” the center said in an April 26 report. “No new case has yet been confirmed that resulted from exposure to the re-positive cases. The contracts are still under monitoring.”

As of Thursday morning, South Korea had 10,765 reported cases of COVID-19, with 247 deaths, according to Johns Hopkins University, which is tracking the global pandemic.