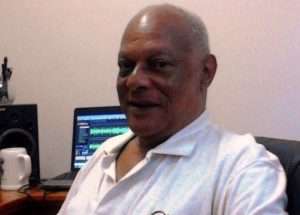 PR- The Executive and Members of the Media Workers Association of Grenada extend condolences to the family, friends and Colleagues of George Grant, Veteran Broadcaster and Owner of Grenada Broadcast.com that featured news and current affairs online programs.

George Grant’s years in media and Broadcasting spans decades where he has undoubtedly made significant contributions to the development of the media landscape in Grenada and by extension the region.

In recent times, Grant’s contribution was mainly through his online media platform www.grenadabroadcast.com where he hosted his popular discussions that included Sunday’s with George Grant.

His contribution to media left an indelible mark that will forever be remembered.

May his soul sleep in peace.