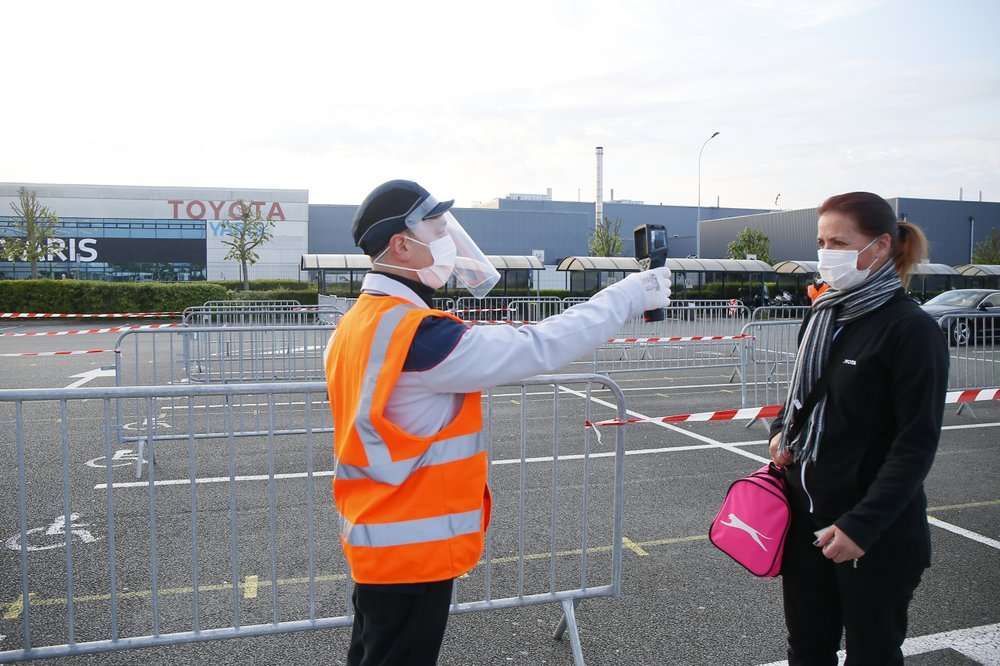 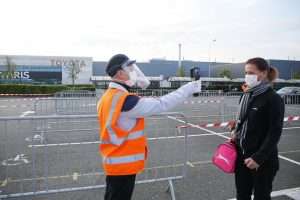 (AP) — A thinner-looking British Prime Minister Boris Johnson returned to work Monday after a bout with the coronavirus and warned strongly against easing the country’s lockdown, even as other European countries and U.S. states began lifting restrictions to get their economies going again.

The shutdowns are being eased piecemeal, with governments charting their own path as they seek to reopen for business without triggering a second wave of infections. Hair salons, restaurants and beaches, for example, are opening in some states, while elsewhere such steps are weeks away.

Johnson, recovering from an infection that nearly cost the 55-year-old his life, said Britain is starting to “turn the tide” on the outbreak but added that this is “the moment of maximum risk.” The country’s lockdowns runs through at least May 7.

“I refuse to throw away all the effort and the sacrifice of the British people and to risk a second major outbreak and huge loss of life and the overwhelming of the NHS,” or National Health Service, he said. “I ask you to contain your impatience.”

The official death toll topped 200,000 worldwide, with about 3 million confirmed infections, according to a tally by Johns Hopkins University. The true toll is believed to be much higher, because of inadequate testing, differences in counting the dead and efforts by some governments to conceal the extent of their outbreaks.

Technology is likely to play an important role in helping countries ease their restrictions. Many governments are working on mobile virus-tracking apps and other technology, keen for automated solutions to the time-consuming task of tracing an infected person’s contacts. The apps can detect when a user comes near someone who is infected.

“We can’t allow our response to this pandemic to be used as a justification for compromising people’s digital safety and security,” said Michael Kleinman, director of Amnesty International’s Silicon Valley Initiative.

In Australia, which has had about 80 COVID-19 deaths, 1.1 million of the country’s 26 million people downloaded a new contract-tracing app within 12 hours of its becoming available. The government said at least 40% of the population needs to use the technology for it to be effective.

Australian officials intend to outlaw the use of the collected data for purposes other than tracing potential COVID-19 cases.

Singapore was among the first to launch its contact-tracing app. Other countries, including France, Switzerland and Britain, are also developing their own. Italy has one that will be voluntary.

Starting May 4, parks and gardens will reopen, funerals will be allowed, and people can visit relatives in the same region. Stores and museums reopen May 18 and professional sports teams can resume training the same day, while restaurants, cafes and salons will be back in business on June 1.

Spain’s Prime Minister Pedro Sanchez will present details for a “de-escalation” of his country’s lockdown Tuesday but said it will be cautious. His French and Greek counterparts will also unveil their reopening plans the same day.

Spain’s easing of restrictions kicked off Sunday when children under 14 were allowed to go outside and play for the first time in six weeks. Health authorities urged parents to be responsible after some beachfronts and city promenades filled up with families.

“The impact in the epidemic can be a step backwards that can be much harder than what we have seen until now,” warned Fernando Simón, head of Spain’s health emergency coordination center.

In a boost for the economy, the three Czech plants of Skoda Auto belonging to Germany’s Volkswagen renewed production Monday. The company employs some 34,000 people.

In other encouraging signs, Italy on Sunday recorded its lowest 24-hour number of deaths since mid-March, with 260. New York state registered its fewest since late last month, with 367.

In China, state-run media said hospitals in Wuhan, the pandemic’s original epicenter, no longer have any COVID-19 patients.

In the U.S., the split over when and how to ease the restrictions has often been along partisan lines.

Oklahoma Gov. Kevin Stitt, a Republican, said that with hospitalizations dropping, he will reopen churches and restaurant dining on Friday while keeping social-distancing guidelines.

But Michigan Gov. Gretchen Whitmer, a Democrat, told ABC her state is not ready and needs more robust testing, community tracing and a plan for isolating the sick.

“We’ve got to be nimble and we have to follow the science and be really smart about how we reengage,” she said.