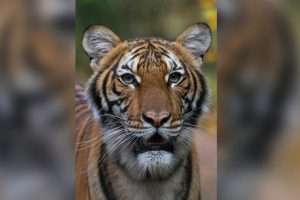 The animals were tested after Nadia, a four-year-old Malaysian tiger, was confirmed to have the bug earlier this month, the Wildlife Conservation Society said in a statement.

“We tested the tigers and lions out of an abundance of caution and will ensure any knowledge we gain about COVID-19 will contribute to the world’s continuing understanding of this novel coronavirus,” the statement said.

All but one of the big cats — a tiger in Tiger Mountain — had shown symptoms, including cough, similar to Nadia’s.

She likely caught the illness from a zookeeper.

Testing on the four tigers and trio of African lions was conducted using a fecal sample, while the animals were under anesthesia.

“The testing of these cats was done in veterinary laboratories and resources used did not take from those being used for human testing,” the statement said.

All of the large mammals are on the mend, and their symptoms have greatly reduced, officials said.

The announcement came after the Centers for Disease Control and Prevention revealed that two pet cats in the Empire State tested positive for the coronavirus, in the first diagnoses of domestic animals on American soil.