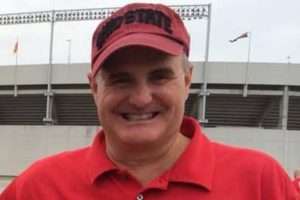 (NEW YORK POST) – An Ohio man who dismissed the coronavirus pandemic as a “political ploy” and ripped his state’s lockdown as “bulls–t,” has died of COVID-19, according to reports.

John W. McDaniel, 60, passed away last Wednesday in Columbus — exactly a month after reportedly firing off a series of angry messages about the contagion.

“Does anybody have the guts to say this COVID-19 is a political ploy? Asking for a friend. Prove me wrong,” he wrote on March 13, according to the Sun.

“He doesn’t have that authority. If you are paranoid about getting sick just don’t go out. It shouldn’t keep those of us from living our lives,” he wrote, according to the reports.

“The madness has to stop.”

The posts have since been deleted, but were saved and shared widely on social media, including by coronavirus talking head Dr. Dena Grayson.

McDaniel’s obituary confirmed that he died “with his loving family by his side from complications from Covid-19.” He was the first COVID-19 fatality in Marion County, the Marion Star said.

In sharp contrast to his reported posts, his family pleaded in his obit for “everyone to continue practicing social distancing to keep each other safe.”

McDaniel leaves behind a wife and two sons and will have a livestreamed funeral service on Wednesday. “You could not have known a more loving and loyal husband, father, son, brother, uncle, and friend,” the obit said.

“Simply put, Johnny McDaniel loved life and loved everyone he knew with his whole heart.”